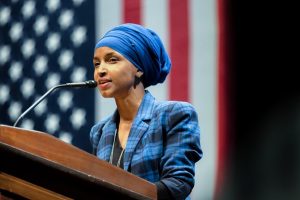 In previous posts, I wrote about women leaders who have made a difference because they are women. In one post, seven women heads of state around the world demonstrated clear and measurable differences in effectiveness compared to men leaders at the beginning of the pandemic by

In another post, I wrote about calls by feminist lawmakers for a feminist domestic and foreign policy agenda that would include the following on the domestic front:

A post about Christine Legarde, the first female president of the European Central Bank (ECB), noted her feminist vision for the ECB, which represents a significant departure from the visions of previous presidents. Her vision aims to

In Argentina, the new president, Alberto Fernandez, inaugurated in December 2019, has implemented a feminist agenda, led by three strong feminists he appointed, to

Liuba Grechen Shirley, writing for Ms. magazine, points out that while we need more working mothers in elective office to bring voice to the issues and interests of families, the US electoral system is not set up for mothers who want to run. Running for office is time consuming, and affordable childcare is not available. We need more mothers in elected office to push for policies that support working families, such as

Shirley notes that women, especially single mothers who want to run for office cannot afford to do so without childcare. Until recently using campaign funds to pay for childcare while campaigning was illegal. It is now possible to do so at the federal level but not for state and local campaigns. Representative Katie Porter is the first single mother to serve in Congress, and she has been able to fight for a living wage for all Americans and propose legislation to double the pretax amount families can set aside for childcare and eldercare. Representative Ilhan Omar, the first Somali American to serve in the House, has advocated for bills supporting affordable housing, lowering student debt, and much more.

We need more women like Porter and Omar in Congress. While approval has been recently granted for candidates for federal office to use campaign funds to pay for childcare, this decision does not apply to state and local offices. Being able to use campaign funds for childcare would change everything for mothers, according to Shirley, and would benefit families in the long run.

Find out whether your state legislature is addressing this issue. The Vote Mama Foundation has succeeded in getting fifteen states to enact this legislation at the state and local levels and is hoping to get approval for campaign funds to be used for childcare during campaigns in all fifty states by 2023. Contact them to find out what you can do in your state. Women’s voices are needed at every level of government.