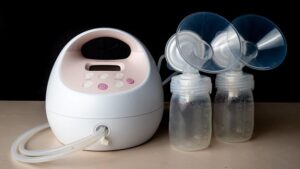 Lawmakers who are the mothers of young children face special challenges. Barbara Rodriguez, writing for the 19th, notes that while 31 percent of legislative seats across the United States are now held by women, little research has been done to understand the experiences of those who are mothers with young children. A nonprofit organization called Vote Mama Foundation, which advocates for policies that help mothers run for office, is undertaking a large study of women lawmakers to learn more about the structural barriers women may face while running for office and functioning successfully once elected. So far, Vote Mama has heard many stories that give a sense of some of the difficulties that women face. For example, Rodriguez shares these anecdotes:

Rodriguez quotes Michigan lawmaker Mallory McMorrow as saying, “It is a system that punishes people who are caregivers. And unless we change the system, it’s just effectively saying that this is not a place for somebody who’s a caregiver, which means that those lived experiences are not represented in the legislature.” Without these lived experiences being represented, the policies and legislation needed to support families will never be put in place.

Photo courtesy of ajay_suresh (CC BY 2.0)