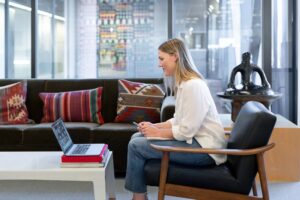 New research on gender differences comes to us from a colleague, Patricia Day Williams, who supplied an interesting backstory on how this research came about. It seems that three young women physicians taking a graduate-level summer course as fellows at the Harvard School of Public Health noticed gender differences in participation among their classmates who were also primarily physicians. They thought they noticed less participation and less assertiveness from the female students compared to the males. The women undertook a small study as part of their coursework and documented the differences they had seen. Because grading and promotions are often determined by classroom participation, the researchers wondered if some of the disparities in pay and opportunities for women physicians might be the result of current “systems of evaluation that may be biased towards characteristics more common in men” that disadvantage women.

They pursued funding and support to do a larger, more definitive study in the hope that their findings would raise awareness in medical and public health schools and encourage the redesign of systems of evaluation to be fairer and more inclusive.

The authors—Sara J. Comer, Kristin M. D’Silva, Neelam A. Phadke, Emma Lord, Nancy A. Rigotti, and Heather J. Baer—conducted this larger study over two years. In 2019, they studied behavioral observations of 156 students (60 percent women) in large in-person lecture-based classes and smaller discussion-based classes during a two-week period. In 2020, the researchers observed the behavior of 138 students (61 percent women) in large and small virtual classes from July through August. Here are some of their findings:

These innovative researchers most likely had planned to collect their data during in-person classes, but because they had to pivot in 2020 during the pandemic, when all classes became virtual, they have provided valuable insight into some gender differences for in-person versus virtual classroom and meeting settings. To summarize,

In other words, both large virtual settings and all small-group settings encourage equal participation from women. What is it about large in-person group settings that seem to shut women down? Or perhaps the question is, What can meeting and classroom leaders do to ensure equal time for women’s voices during large in-person settings? These questions may seem insignificant, but they are not. Both the systems of evaluation based on participation and something about large group settings create disadvantages for women’s advancement. Let’s figure this out.