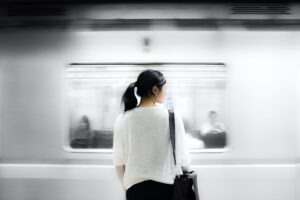 Japan continues to have one of the worst records of gender inequality in the workplace in the world. In a previous post, I cited Ben Dooley of the New York Times, who reported that

In a new article, Ben Dooley and Hisako Ueno write that one of the problems for women has been that they “have never found a welcoming home in Japan’s labor unions. Sexism is entrenched. Problems like wage discrimination and sexual harassment at work are often ignored.” In a move that could prove to be beneficial for women in the labor market, Japan’s largest association of labor unions, Rengo, appointed its first female leader, Tomoko Yoshino, in October 2021. Rengo is a confederation of thousands of unions representing Japan’s largest and most successful companies.

Dooley and Ueno note that this appointment could turn out to be beneficial to both women in the labor force and to unions themselves. Labor unions in Japan have steadily declined in numbers and power while the numbers of women in the workforce have rapidly expanded. Labor unions represented more than 30 percent of Japanese workers until the energy crisis of the 1970s resulted in lots of layoffs. The economic stagnation of Japan’s economy in the 1990s further weakened the power of labor unions to their current representation of only 17 percent of the workforce. Because of their historical lack of support for female workers, women have largely given up on labor unions and may have to be convinced that unions care about their interests.

The authors point out some ways unions can help women:

The good news for women in Japan is that Yoshino is now the head of Rengo, and she is committed to gender equality and women’s issues. As the leader of Rengo, she understands that 44 percent of women work part-time or in temporary positions compared with just under 12 percent of men. She understands that Japan’s labor unions are organized around specific companies and not around industries. In addition, traditional labor unions focus on regular, long-term workers in companies and not on supporting the irregular workers, most of whom are women. Irregular workers tend to switch companies frequently, and traditional labor unions have ignored them. Yoshino intends to focus on organizing industries such as department stores and supermarkets that employ large numbers of women as part-time or irregular workers and to fight for the things women need, such as childcare and protection from harassment.

Both women and labor unions have a chance to benefit from building union power, if Yoshino can overcome the resistance to change that is bound to be waiting for her. But a lot of people in Japan who know her talents and fighting spirit are betting that she can do it. Let’s also hope that she can.

Dear Readers:  After eight years of writing articles on gender (and other intersections of difference) issues in the workplace, I have decided to suspend this project for now. I appreciate your support over these years.

Photo by Eutah Mizushima on Unsplash

1 thought on “A Woman Leader Makes a Difference in Japan”