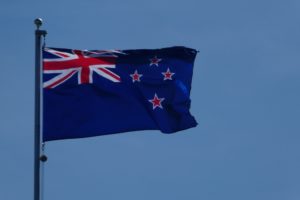 The COVID-19 pandemic offers us a global case study in leadership, and women are proving to be significantly more effective leaders. Avivah Wittenberg-Cox, writing for Forbes, notes that “there have been years of research timidly suggesting that women’s leadership styles might be different and beneficial.” She points out that we have some very clear and measurable examples of those differences and the beneficial outcomes of the leadership styles of seven women who are heads of state. Here is the data from the European Centre for Disease Control as of May 19, 2020:

Wittenberg-Cox cautions us not to dismiss these results just because some of these countries are small: Germany is large and leading other large European and North American countries in keeping cases and deaths low. Wittenberg-Cox offers these leadership lessons from the seven woman leaders listed above:

Lesson #1: Telling the Truth—Angela Merkel of Germany stood up early and calmly and told her citizens that the virus was very serious. Testing began immediately, and Merkel was transparent about the testing results.

Lesson #2: Decisiveness—Tsai Ing-wen, the leader of Taiwan, was among the first and fastest to respond to the virus. In January, she introduced 124 measures to block the spread and never had to resort to lockdowns. In fact, she sent 10 million masks to the United States and Europe.

Jacinda Ardern of New Zealand locked her country down early and was truthful and concise with her citizens about the danger of the virus. She continued to add restrictions when other countries began lifting them.

Lesson #3: Use of technology—Iceland, under Prime Minister Katrín Jakobsdóttir, offers free testing to all citizens and utilizes a thorough tracking system. Consequently, she has not needed to lock down or shut schools.

Sanna Marin, elected in Finland in December 2019 as the world’s youngest head of state, leads the way with the use of social media influencers to spread fact-based information to help manage the pandemic.

Lesson #4: Empathy and compassion—Mette Frederiksen, prime minister of Denmark, and Erna Solberg, prime minister of Norway, pioneered the idea of using television to talk directly to the countries’ children. By responding to the questions of children and explaining why it was okay to feel scared, they demonstrated empathy and care rarely seen from leaders who are men. In fact, Wittenberg-Cox notes that all the women leaders showed empathy and compassion when communicating with their citizens about the pandemic.

“Now,” writes Wittenberg-Cox, “compare these leaders and stories with the strongmen using the crisis to accelerate a terrifying trifecta of authoritarianism: blame-‘others,’ capture-the-judiciary, demonize-the-journalists . . . (Trump, Bolsonaro, López Obrador, Modi, Duterte, Orban, Putin, Netanyahu . . . ).” Wittenberg-Cox suggests that the seven women leaders profiled here offer lessons in leadership traits that “men may want to learn from women” for the health of the planet and her inhabitants.

Photo by Jan Kaluza on Unsplash