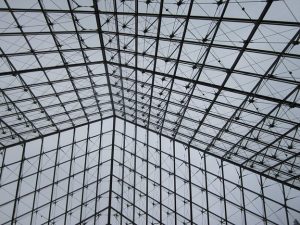 Let’s take this time to mark another moment of “firsts” for women, adding to the others we have recently acknowledged. We should not take these breakthroughs for granted because as Claire Cain Miller points out,

Here are a few recent cracks in the glass ceiling:

Sally Buzbee has been named as the first woman to serve as the Washington Post’s editor since the paper started publishing in 1877. Rachel Abrams and Katie Robertson, writing for the New York Times, report that Buzbee has been a reporter, executive editor, and senior vice president of the Associated Press, where she spent her entire career until being tapped by the Post for the top job. It is often true that women do not get the top job in an organization until the organization is in crisis, but this is not the case at the Washington Post. For once, Buzbee is being promoted into the top job of an organization restored to health under the ownership of Jeff Bezos, who bought the newspaper in 2013. The Post is now a digitally savvy news operation second only in subscribers to the New York Times.

Min Jung Kim will become the first woman and the first person of color hired to be the director of the acclaimed Saint Louis Art Museum, founded in 1879. Jane Henderson, writing for the Saint Louis Post-Dispatch, reports that Min Jung Kim, age fifty-one, was born in Seoul, South Korea, and earned her master’s degree in art history at the Courtauld Institute of Art, University of London, England. She previously worked at a number of art institutions, including for more than a decade with the Guggenheim Foundation in New York.

Gina Chua, promoted recently to the new executive editor role at Reuters, became the most senior transgender journalist in the country when she came out as transgender to her colleagues in December 2020. Katie Robertson of the New York Times quotes Chua, age sixty, as explaining that she took time away from the office during the COVID-19 pandemic to prepare to live and present “as what I know to be my true self 100 percent of the time.” In another first, Robertson explains that Chua reports to Alessandra Galloni, “who was named editor in chief of Reuters in April and is the first woman to hold that role in the news agency’s 170-year history.”

These are some of the sounds of the glass ceiling breaking. Let’s mark them and celebrate them.