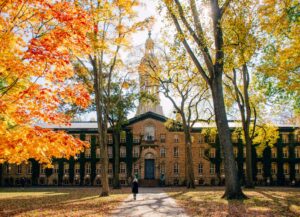 New research from the College and University Professional Association for Human Resources, reported by Emma Whitford, shows that when women are the presidents and provosts of institutions of higher weducation, female senior faculty and top administrators earn more than at institutions where men are in charge. Furthermore, women occupy a higher percentage of top administrative positions when female presidents lead colleges and universities. Here are some specific examples reported by Whitford from the research:

According to Angela Onwuachi-Willig, dean and professor of law at the Boston University School of Law, “Who is in leadership matters, because they’re more likely to see issues that might be invisible to somebody who didn’t share a particular identity.” For an example, pay equity is more likely to be a top priority for female leaders. Even policies like parental leave, available at many academic institutions for both mothers and fathers at the birth of a child, can have unequal consequences. For example, research shows that often the nonpregnant parent uses his or her leave to produce additional research while the pregnant parent is not able to do so. In this way, well-intended policies can have an unequal impact on careers that female leaders may be more attuned to. The transparency provided by this research helps dispel myths and documents truths about differences in gendered leadership. More transparency is needed.

Photo by Tim Alex on Unsplash