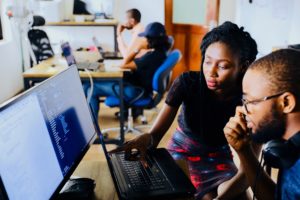 Where are the senior women scholars? Universities have been concerned about the underrepresentation of women at senior tenured levels for more than twenty years, especially in the STEM (science, technology, engineering and math) disciplines. I wrote about several studies seeking to explain this dearth of senior women scholars in a previous article. In response to the underrepresentation of women, many of these institutions implemented gender-neutral family-friendly policies in the 1990s. Justin Wolfers, an economist writing for the New York Times, reports new research on the careers of economists in the United States that shows surprising, unintended consequences of these policies for female economists. Wolfers reports that in fact, some gender-neutral policies have advanced the careers of male economists at the expense of women’s careers, which is probably also true in other disciplines. The specific gender-neutral policy under investigation here is the tenure extension policy, which grants one extra year to the seven-year tenure process to both women and men for each child. The intention of this policy is to create some family-friendly flexibility in the early years of an academic career, when the pressure to achieve tenure (publish or perish) in order to keep an academic job collides with the years when young women and men are ready to start families. Wolfers reports that new research by three economists—Heather Antecol, Kelly Bedard, and Jenna Stearns—shows a significant differential impact of the tenure extension policy on the careers of women and men. These researchers compiled data on all untenured economists hired over the past twenty years at fifty leading economics departments. They then compared promotion rates at institutions with tenure extension policies to those without them. This is what they found:

One of the main flaws in the logic behind the gender-neutral tenure extension policy is that women and men experience the same distractions from their writing and research after the birth of a child. Wolfers cites Alison Davis-Blake, dean of the University of Michigan’s business school, as saying, “Giving birth is not a gender-neutral event.” Wolfers goes on to observe that “women receive parental benefits only after bearing the burden of pregnancy, childbirth, nursing, and often, a larger share of parenting responsibilities. Yet fathers usually receive the same benefits without bearing anything close to the same burden.” In fact, the study authors found that men who took tenure extension used the extra year to publish their research, resulting in higher tenure rates. No parallel rise in publication rates was seen for female economists. One of the study authors, J. Stearns, cautions that not all gender-neutral family policies are harmful. She notes that standard parental leave policies for both parents have reduced the stigma for women. Let’s note that it took female economists to uncover the harmful impact of this tenure extension policy on women—and there are not many female economists. What other unintended consequences could be negatively accruing for women from well-intentioned family-focused policies? What else might we be discovering if we had more female economists asking these questions? Do you have experiences or thoughts about the possible unfair impact of employment policies where you work? Let me know.   The image in this post is in the public domain courtesy of anekarinebraga.]]>

Every so often things happen in the world that, for a moment, make underlying biases and stereotypes visible that are usually underground and hard to see. I believe this happened in the United States with the subtle, and not-so-subtle, emergence of racism when Barack Obama ran for president, was elected, and tried to govern. I believe gender bias and sexism are emerging now with the first-ever nomination of a woman, Hillary Clinton, by a major party for the presidency in the United States, and with the election of Theresa May as Britain’s new prime minister. Julia Baird of the New York Times writes, “The fact that a cluster of men lead the world merits no comment. But if women start to slowly enter the ranks—Theresa May, Angela Merkel in Germany, possibly Hillary Clinton in the United States—it’s treated as . . . some kind of gynocratic coup d’etat: a new ‘femokratie’ . . . the ‘dawn of a female world order. ’” One British paper warned, “The women are coming!” Baird notes that several insulting stereotypes have been used to describe May as a leader, including the Nanny (because she will now have to “mop up” after the Brexit mess created by her male counterparts) and the Thatcherite label of Iron Lady because she is known to take strong positions and be persistent. Baird observes that “our notions of mature women in power urgently need updating.” In the online publication Vox, Ezra Klein surfaces some other sources of gender bias in presidential politics when he tries to understand and explain the gap between Clinton as a public speaker—described as careful, calculated, cautious and uninspiring—and Clinton described by staff and colleagues as brilliant, funny, thoughtful, effective, and a good listener. Being a good listener is the hallmark of Clinton’s campaign style. In 2000, she conducted her senate campaign in New York State by doing “listening tours.” She won her senate seat against long odds because she listened and came to deeply understand what people in New York cared about. Once in office, she got legislation passed that addressed the concerns of her constituency. But, as Klein writes, “modern presidential campaigns are built to reward people who are really, really good at talking”—not listening. Klein goes on to point out that “we ran a lot of elections in the United States before we let women vote in them—a process developed by men, dominated by men and, until relatively late in American life, limited to men. ” Our election process also favors traits particularly prevalent in men—talking over listening. Klein cites one of my favorite gender linguistics scholars, Deborah Tannen, who explains that women value listening to build rapport and relationships. She contrasts this preference with that of men who emphasize the status dimension of communication—talking to increase status, or to win, versus listening to gain allies and build coalitions. A point by Klein that I find most interesting is that “presidential campaigns are built to showcase the stereotypically male trait of standing in front of a room speaking confidently—charismatic oration versus deep relationship.” Klein also offers observations by Brookings scholar Elaine Kamarck, author of Why Presidents Fail and How They Can Succeed Again. She found that “successful presidential leadership occurs when the president is able to put together and balance three sets of skills: policy, communication, and implementation.” Campaigns only test communication. Clinton is criticized for not being an inspirational speaker, but she has a long track record of making policy and getting things done in government through relationship and coalition building. While I agree that she has made some mistakes in her political career, isn’t it sad that her depth of policy and legislative experience and her track record for getting things done are overshadowed by an opponent who is all entertainment bluster with no accomplishments or experience in governing? Trump loves to talk about the process being “rigged” against him, but it seems to me it is actually rigged for him as a man who loves to talk to large audiences and increase his status by putting other people down. This is a form of gender bias I had not seen before, and it explains a lot. Is it new to you, too? What other gender bias is getting clearer for you in this election? Please share your observations in the comments section.   The image in this post is in the public domain courtesy of Jens Junge.]]>

Some Challenges for Women

Huston notes these and other challenges that women face as decision makers in organizations:

Some Ways Women and Men are Equal as Decision Makers

Huston debunks a number of myths and stereotypes about men’s and women’s decision-making abilities:

Huston offers practical strategies for women at the end of each chapter. Here are some that I found particularly thought-provoking and useful: Women receive a lot of mixed messages and are subject to many confusing double binds as leaders and decision makers. Huston offers an important playbook for how women can navigate these minefields and leverage their strengths. Reading this book will open your eyes and give you practical strategies for overcoming the challenges of making decisions as a woman. Let me know what you think.   The image in this post is in the public domain courtesy of Helpsg.  ]]>