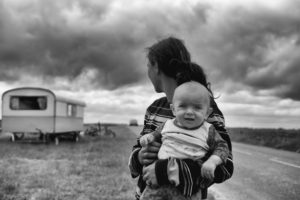 A recent Los Angeles Times story by Sabrina Willmer shines a light on the hypocrisy of many corporate family leave policies in the United States. Willmer explains that Goldman Sachs proudly promotes itself as a family-friendly company that offers four months of paid family leave as part of a widely publicized diversity initiative designed to attract talent. When women take maternity leave at Goldman, however, their careers are often damaged, and some have been fired using “business case” justifications that do not align with their performances. Goldman Sachs is not the only company to offer a family-friendly policy and then punish women and men for using it. Stories like the one reported by Willmer are common in many other organizations as well. The case discussed below is one of many being litigated in a class-action gender bias lawsuit against Goldman Sachs based on complaints of reprisals when women took maternity leave. Willmer presents the case of Tania Mirchandani, a vice president and employee of fifteen years at Goldman Sachs in Los Angeles. When she reported to her supervisor, a father of four children, that she was pregnant with her third child, he expressed skepticism that she could balance the demands of her job with such a large family. Toward the end of her maternity leave, just before returning, her boss called to tell her she was terminated “for strategic business reasons” and that men in the office were also being laid off to cut costs. In Mirchandani’s gender bias complaint she states that, in fact, she was the only person cut in the Los Angeles office and male colleagues kept their jobs even though their performances were not as good as hers. Mirchandani’s experience is not unusual at Goldman Sachs, and other women have also report reprisal and pressure after maternity leave. Specifically, after maternity leave, many women at Goldman

This same story is playing out for women in many corporations. Is it any wonder that, although most companies have updated their family leave policies, the number of women taking paid maternity leave in the United States each month has remained unchanged since the 1990s, according to a 2017 study by Boston University? Willmer reminds us that family-friendly policies are empty words on paper when the cultures of organizations do not change. The same will be true for all of the new sexual harassment policies being published as a result of the #MeToo movement. Organizations’ cultures do not change without vigilance, transparency, and accountability. We have a long way to go. Is your organization truly trying to change its culture? Please share what is working.   Photo courtesy of NIAID (CC BY 2.0)      ]]>

Where are the senior women scholars? Universities have been concerned about the underrepresentation of women at senior tenured levels for more than twenty years, especially in the STEM (science, technology, engineering and math) disciplines. I wrote about several studies seeking to explain this dearth of senior women scholars in a previous article. In response to the underrepresentation of women, many of these institutions implemented gender-neutral family-friendly policies in the 1990s. Justin Wolfers, an economist writing for the New York Times, reports new research on the careers of economists in the United States that shows surprising, unintended consequences of these policies for female economists. Wolfers reports that in fact, some gender-neutral policies have advanced the careers of male economists at the expense of women’s careers, which is probably also true in other disciplines. The specific gender-neutral policy under investigation here is the tenure extension policy, which grants one extra year to the seven-year tenure process to both women and men for each child. The intention of this policy is to create some family-friendly flexibility in the early years of an academic career, when the pressure to achieve tenure (publish or perish) in order to keep an academic job collides with the years when young women and men are ready to start families. Wolfers reports that new research by three economists—Heather Antecol, Kelly Bedard, and Jenna Stearns—shows a significant differential impact of the tenure extension policy on the careers of women and men. These researchers compiled data on all untenured economists hired over the past twenty years at fifty leading economics departments. They then compared promotion rates at institutions with tenure extension policies to those without them. This is what they found:

One of the main flaws in the logic behind the gender-neutral tenure extension policy is that women and men experience the same distractions from their writing and research after the birth of a child. Wolfers cites Alison Davis-Blake, dean of the University of Michigan’s business school, as saying, “Giving birth is not a gender-neutral event.” Wolfers goes on to observe that “women receive parental benefits only after bearing the burden of pregnancy, childbirth, nursing, and often, a larger share of parenting responsibilities. Yet fathers usually receive the same benefits without bearing anything close to the same burden.” In fact, the study authors found that men who took tenure extension used the extra year to publish their research, resulting in higher tenure rates. No parallel rise in publication rates was seen for female economists. One of the study authors, J. Stearns, cautions that not all gender-neutral family policies are harmful. She notes that standard parental leave policies for both parents have reduced the stigma for women. Let’s note that it took female economists to uncover the harmful impact of this tenure extension policy on women—and there are not many female economists. What other unintended consequences could be negatively accruing for women from well-intentioned family-focused policies? What else might we be discovering if we had more female economists asking these questions? Do you have experiences or thoughts about the possible unfair impact of employment policies where you work? Let me know.   The image in this post is in the public domain courtesy of anekarinebraga.]]>