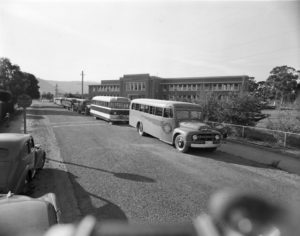 Jodi Kantor and Megan Twohey published the first story on Harvey Weinstein in the New York Times on October 5, 2017. Their story gave much-needed momentum to the #MeToo movement launched by Tarana Burke more than a decade earlier, which brought to light African American women’s experiences of abuse. The Weinstein accusations started a public outpouring of abuse stories from women, and some men, around the globe and exposed the pervasiveness of this problem. Kantor and Twohey note that it has become clear over the past year that nothing is going to change for women unless we keep speaking out. They state that a reckoning “wide and deep” was reignited one year ago and is likely to continue. In fact, the voicing of sexual assault experiences needs to continue if there is any hope of societal change. The recent Kavanaugh Supreme Court confirmation process added new fuel to the #MeToo fire by revealing that not much has changed. Women witnessed the demeaning mockery and dismissal of Dr. Christine Blasey Ford by the president and several GOP senators after her public testimony about her assault experience. Kantor and Twohey note that we must continue to tell our stories, in public and in private, because honest sharing of previously hidden traumatic experiences causes subtle adjustments in our collective understanding of the line between right and wrong. They explain, “Progress requires a correct accounting of what women have really faced.” But is anything different after a year of #MeToo? While societal attitudes do not seem to have changed much yet, Zoe Greenberg of the New York Times writes that some laws have changed at the state level and some industry practices are changing as well. For example, since October 2017

In another New York Times article, several prominent authors offer warnings and suggestions about what lies ahead: In conclusion, MacKinnon notes, “#MeToo may be the first change toward women achieving human status since the vote.” Our rage and our stories are moving us forward, and we must not be silenced again.   Photo courtesy of GGAADD (CC BY-SA 2.0)]]>

Recent changes in laws in New York, California and Delaware that were designed to end the gender pay gap by forbidding employers from asking about previous salary when interviewing candidates during the hiring process may have unintended negative consequences. Noam Scheiber of the New York Times writes that conscious and unconscious bias can still be at play and might even make the gender pay gap worse:

It will take some time before we have enough data from these changes in the law to know their impact for sure. What does not bode well, though, are some recent studies reported by Scheiber on the impact of laws in some cities and states prohibiting employers from asking about criminal records during the job application process. These studies found that employers appeared to assume that young black and Hispanic men were more likely to have criminal records—and they hired fewer of them once the new policies were in place. It is too early to have any long-term results of these new salary laws, but we must keep trying ways to close this stubborn gender gap. Transparency or required reporting from companies on salary gaps determined by race and gender (at least) may still be the best avenue to pursue in terms of public accountability to close the pay gaps. Let’s keep the pressure on.   Photo courtesy of mohamed_hassan (CC0 1.0)]]>

Two years ago, my niece, an engineer in her twenties with solid work experience, started a new job about which she was very excited. She was one of very few women in this engineering company, which was not unusual. When she returned from maternity leave about six months ago, after having her first child, she was treated so badly by her male manager that she eventually resigned. After her return from maternity leave, her manager took away her meaningful projects and gave her boring work that no one in the company cared about. He denied her requests for flex time, for permission to occasionally work remotely, and for permission to leave early on days when she had medical appointments. He made disparaging remarks about her needing breaks to pump and made comments that implied she was useless to him because she would probably have more babies. She complained to HR who said nothing could be done. She could not thrive there. With every day that passed, she felt worse about the company and began to doubt herself. She left. Organizations think they can solve the problems of underrepresentation of white women and women and men of color in their workforce by using gender- and race-blind résumé screening to eliminate bias in the hiring process. Katharine Zaleski of the New York Times describes “blind hiring” as a dangerous trend. In this process, the names of candidates are removed from résumés and voices are altered during phone interviews to “mask” the gender and race of candidates in an attempt to eliminate bias. Zaleski cites studies showing that blind hiring does not work because

Zaleski notes that blind hiring “is a misguided distraction from the hard work of evaluating and fixing the ways in which their cultures drive out” white women and women and men of color. My niece now works for a different company. Her new boss is a woman with young children who is relaxed and confident about parents being good workers. The organization has solid family-friendly policies and practices. My niece says her goal is to work hard, do her best work, and advance as a professional in her new company. In other words, she feels she can thrive there. Her old company pushed her out and lost a valuable employee because of gender biases. That didn’t have to happen.   Photo by Amtec Staffing, CC BY-SA 2.0.  ]]>
An excerpt from my book, New Rules for Women, available at Amazon (http://www.amazon.com/dp/0982056982/).]]>

Dr. Carlotta Berry recently wrote in the New York Times about her experiences as a black female engineering professor and the challenge of being seen as qualified by both colleagues and students. In their new book, What Works for Women at Work, scholars Joan Williams and Rachel Dempsey revisit the hypothesis put forward by Francis Beale in the 1960s, as well as by other scholars, that black women, and other women of color, experience “double jeopardy,” or are doubly disadvantaged by the intersection of race and gender. One implication of double jeopardy is that women of color have to expend more energy than white women to be respected and successful. They are flying against a headwind in their careers that is stronger than the headwind faced by white women. Williams and Dempsey acknowledge that lumping women of color together—even into three groups as black women, Latinas, and Asian American women—loses important nuances of difference within each group. Nonetheless, the differences for women of color found in their research are worth noting:

Why is it important to be aware of these differences? We need to support one another as women in the workplace, especially when challenges come up. We can be allies to each other only if we understand both the differences and commonalities in our experiences. We can all accomplish so much more, both individually and collectively, if we can count on other women having our backs. Here’s to women supporting women!]]>