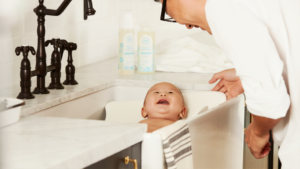 recent New York Times article Claire Cain Miller gives examples of some of the laws that have been passed around the world to address family and career balance:

Several new studies, summarized by Miller, have produced some disappointing findings about the “unintended consequences” of these laws for women. We need to learn from these experiences. Here are some of these findings: Clearly, this news is not good. So what are the lessons we can learn about how to get more support for working families without penalizing women? Do you have other ideas about how to overcome the unintended consequences of family-friendly policies for women? Please let us hear them. We need to figure this out together.]]>
What is clear to her is that she is becoming resentful and exhausted. Why is this important? There is the obvious potential damage to her relationship if her resentment continues to grow. There is also a potentially negative impact on her career. In an article in the New York Times, Judith Shulevitz noted that it takes “large reserves of emotional energy to stay on top of” all the details in the management of family life. Shulevitz cited research on heterosexual couples (she noted gay couples as being more egalitarian) from all strata of society that confirms that my friend’s experience is not unusual—women do the larger share of “worry work” about the details of family management. Tracking all these details can actually be a significant distraction for women at work and can scatter our focus, potentially disrupting our careers. Shulevitz speculated that these distractions “may be one of the least movable obstacles to women’s equality in the workplace.” Wow! Think about the possible significance of this statement. What, then, could be our part in keeping this inequality in place? Shulevitz related a story about young women in a recent undergraduate course on women and work who were making presentations at the end of the course. Many of them slipped in their language and talked about the importance of men “helping out” with household tasks and “babysitting” the children. Helping out and babysitting are not the same as sharing responsibility. These slips in language probably reflect traditional societal stereotypes that create pressure for women to be the right kind of mother. These pressures seem to be alive and well in our society, and even young women seem, to some extent, to be internalizing them. I think my friend may be asking the right questions. As women, have we internalized the traditional role expectations for us as women and mothers? If so, are we acting out these expectations by What is the truth of the matter for you on the questions above? What can you let go of? What has worked for you to equalize the load with your partner?]]>

recent Harvard Business Review study of 25,000 Harvard Business School graduates, spanning three generations (baby boomers, generation Xers, and millennials) sheds light on some myths and gaps in expectations about women’s careers that persist across generations. Because this study focuses on Harvard Business School graduates, who are a highly educated and ambitious group of women and men, I think the findings are particularly eye-opening for the rest of us in that they provide a window into how entrenched attitudes about gender roles are in our society. These entrenched attitudes affect our careers as women, as well as our overall satisfaction with our lives. The big question for many of us is, “Haven’t things changed for millennials?” Some of the following findings from this study can help answer this and other questions about gender gaps in our careers. The researchers found the following about expectations for career priority for men upon graduation from Harvard Business School’s MBA program:

Impact of Findings on Career Satisfaction

This study showed that all women were more likely to have egalitarian expectations for both career priority and for child-care responsibility than were the men, and the generation X and boomer women reported disappointment about how their careers ended up taking lower priority. The authors of the study reported that “traditional partnerships were linked to higher career satisfaction for men, whereas women who ended up in such arrangements were less satisfied, regardless of their original expectations.” While the expectations for equality of millennials show a slight improvement, this group is too early in their careers to know yet if their reality will be different. Remember the story of my client, June, in part I of this series published last week? As long as our deeply entrenched attitudes about gender roles (that women’s careers are less important and that childcare is the primary responsibility of women) remain unchallenged, they will play out in both organizations and families as barriers for women’s careers, and change will continue to be very, very slow. The gap between women’s expectations and their actual experiences will continue to be large. It’s no wonder that there are so few women in senior leadership roles—but let’s not blame women. Entrenched attitudes present both internal and external barriers to women realizing their potential.  Let’s work together, women and men, to challenge existing attitudes and practices both at home and at work. What do you think about the findings from this study? What changes would you like to see in the ways women and men balance career and family responsibilities?]]>

research reported in the Harvard Business Review dispels several commonly held myths about the lack of equity in advancement for women and why so few women are in senior management. Here are three of the myths:

Myth #1: Women fail to achieve equality because they take themselves off the career track to have children.

In their study of 25,000 MBAs over three generations (baby boomers, generation Xers, and millennials) of graduates from the Harvard Business School, the authors found the following: So, why do men achieve more success in their careers? As Lisa Miller of New York Magazine put it, “Most women work full-time through their child-rearing years, and yet they achieve less than men at work because, well, they’re women.” In other words, both workplace cultures and societal attitudes—not the choices women make—are responsible for women achieving less. The following story demonstrates how workplace and societal attitudes may be impacting women’s careers: I have a coaching client, June, who has been driven to be a senior leader since she was a small child. She always earned good grades, completed two advanced professional degrees, and worked hard. Although she worked for two major corporations, she was not able to get the challenging assignments or promotions that she desired and felt ready to accomplish. She was frustrated and unhappy at work. When her son was born, he provided an excuse to step out of the corporate world, which did not seem to value her. She and her husband agreed that she would stay home full time with their son, although that had never been her plan. She explained that she would never have left her full-time position if she felt that challenging opportunities were available to her. She still longed for meaningful work, but the part-time opportunities available to her were neither interesting nor demanding, and she was growing more unhappy by the day. June’s story reflects the impact of the three myths about women and work. While June did value having a career, she may not have been considered for challenging assignments or advancement because she was of childbearing age, and she was assumed to be less committed to a career. None of this was actually true for June, and her company unnecessarily lost a bright and talented worker. What can organizations do to keep talented women and men? Here are five tips: But wait! There’s more! Read about more interesting findings from this myth-breaking research next week in Part II.]]>

Claire Cain Miller of the New York Times explains that while having children is a routine part of life for working women, the attitudes in American culture about gender and work have not caught up with the fact that women have shown they can be both mothers and productive employees. By the same token, assumptions that men should be breadwinners and not caregivers have also not changed. The results are discriminatory for both women and men in different ways:

Five Tips for Preparing to Go on Maternity Leave Even with these difficulties, it is possible to balance motherhood and a career. Here are five tips to help you make the transition to maternity leave smoother for yourself and your employer: How have you handled family planning and maternity leave in your career? Please share any ways you’ve found to overcome cultural perceptions about working mothers.]]>