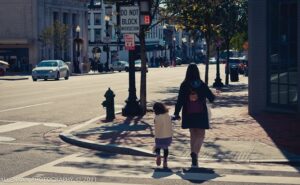 What are the long-term implications of the pandemic for working mothers? The Center for American Progress reports that:

Helaine Olen points out that because of what’s happened to women’s employment in the pandemic, women twenty-five, forty, and even fifty years from now will be receiving smaller social security checks when they retire.

Raimondo and Henry suggest that going forward, women, particularly women of color, must have affordable pathways to higher-wage industries, subsidized college tuition, paid family leave and sick leave, and affordable quality childcare. Economic recovery depends on parents being able to work and paid a living wage. Now is the time for the United States to get systems in place to support working families. Our economy is badly damaged. Let’s do what it takes to “build it back better.”