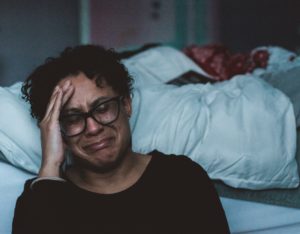 As everyone knows by now, the number of people unemployed in the United States because of the pandemic is staggering, the highest since the Great Depression of the 1930s. Alisha Haridasani Gupta, writing for the New York Times, notes that for the first time in decades it is predominantly women of color who are the face of the unemployed. For this reason, some suggest this should be called a “shecession,” compared to the recession of 2008, which was called a “mancession” because more men were affected. In this pandemic

Gupta explains that the main reason for the higher numbers for women is that the industries hardest hit by the pandemic are leisure, hospitality, education, childcare, and some parts of the healthcare system. These industries were staffed by a high proportion of women of color before the mass layoffs. The jobs in these sectors are also traditionally underpaid and undervalued, leaving less financial cushion to fall back on—especially for single mothers.

The Covid-19 pandemic has been hard on everyone, especially working mothers and, write Patricia Cohen and Tiffany Hsu, “the impact (for working mothers) could last a lifetime, reducing their earning potential and work opportunities.” With schools and day care closed, married women in heterosexual relationships carry up to 70 percent of the burden of childcare and homeschooling and are more likely to lose a job. Cohen and Hsu point out that reopening will compound the problem when women have to leave the workforce or move to part-time work because of a lack of childcare. They note that women could experience long-term consequences in their careers because

The authors cite Betsey Stevenson, a professor of economics and public policy at the University of Michigan, as saying, “We could have an entire generation of women” whose careers are damaged.

Cohen and Hsu note that other countries offer comprehensive support for families—like Germany, France, Canada, and Sweden. In these countries a significantly larger portion of women were in the labor force than was true in the United States before the pandemic. Economists hope that the increased pressure on families because of the pandemic will force structural and cultural changes in the United States that could benefit women in the long term, such as

Let’s hope these changes can come about quickly as part of helping families through this pandemic. Women and families are suffering.

Photo by Claudia Wolff on Unsplash