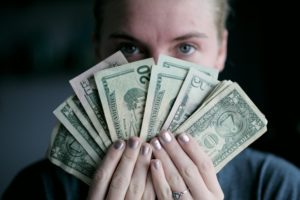 The Massachusetts legislature just unanimously passed the strongest equal pay law in the country. In spite of a legal prohibition against gender-based pay discrimination passed by the state in 1945, the gender wage gap has persisted. Shirley Leung of the Boston Globe reports that currently

Clearly, having state and federal laws prohibiting pay discrimination on the books for decades has not worked to close the pay gap. The Massachusetts law, which takes effect in July 2018, addresses the wage gap in the following ways: This new legislation arose from Boston mayor Tom Menino’s establishment of the Women’s Workforce Council in 2013. This council included representatives of many stakeholder groups and drew upon extensive research reported by Iris Bohnet in her new book, What Works: Gender Equity by Design. Transparency and accountability, two of the most important findings reported by Bohnet, are at the core of the new Massachusetts laws. Focusing only on the gender-wage gap is not enough—we must also address the race-wage gap. New state and federal laws must be passed to provide transparency and accountability for pay equity across race and gender. As Shirley Leung notes, wage gaps are often not intentional. In fact, they are often the result of unconscious bias. But as noted by Katie Donovan, founder of Equal Pay Negotiations, “as long as organizations do not analyze and publish salary data, they have ‘plausible deniability.’” While I believe the Massachusetts law could have gone further, it is a great start, and I hope other states will follow with their own innovations until we finally close the gender- and race-wage gaps.     The image in this post is in the public domain courtesy of Thomas Breher.]]>