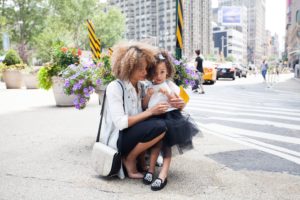 New research, reported by Claire Cain Miller of the New York Times, notes that while American women are more educated than ever, a smaller share of college-educated women in their early forties are working today than a decade ago. In fact, the most educated women face the biggest gender gap in seniority and pay. Miller points out that women aren’t only opting out of careers because of discrimination, a lack of childcare, or a dearth of paid family leave policies. While these factors all contribute, research by sociologists and economists has converged on a new understanding of the way the nature of work has changed and how this change disproportionately impacts women’s careers. Researchers Youngjoo Cha at Indiana University, Kim Weeden at Cornell, and Mauricio Bucca at the European University Institute explain that “new ways of organizing work reproduce old forms of inequality.” Their findings include multiple alarming statistics:

Miller points out that highly educated women aren’t the only ones impacted by the changing nature of work. Unpredictable and inflexible hours pose a challenge to family life and careers for same-sex parents, middle-class families, and low-income workers. She notes that researchers have focused on college-educated women because they are most prepared to have big careers, but their careers tend to flatline. In dual-career families with children, when one career takes priority, it is generally the man’s.

Several factors have contributed to the overwork trend affecting women. Technology makes people more accessible at all hours; business has become more global and people are now expected to work across time zones; the wealth gap in society makes people feel less secure; employment is increasingly unstable; work has become more competitive; and working long hours is a status symbol and a way to stand out.

What can be done to change the nature of work? Goldin states that most solutions for how to close the gender gap are merely band-aids because the problem is systemic. She suggests that the very nature of work needs to change, which will only happen if people demand it. Younger men say they want more involvement in family life. Employers want to keep talent and may listen if young men start to quit. Employers may even begin to notice that they are losing out on women’s talents and training by requiring and rewarding only long and inflexible hours.

We need to start a discussion on a national level about the nature of work and how to make it more humane for everyone. Everyone will benefit if work is predictable and flexible and rewards reflect quality instead of quantity of hours, and employers will gain access to talent pools that are not available to them now.