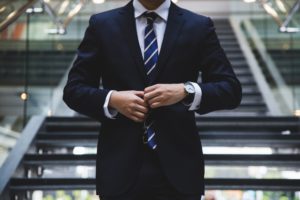 It’s happening again. We were told that Hillary Clinton did not win in 2016 because she was “unlikeable.” Now six amazing women are running for the 2020 Democratic presidential nomination and none of them seem “likable” either. What is going on? Claire Bond Potter, writing for the New York Times highlights the discrepancies in women candidate coverage:

Jennifer Wright of Harper’s Bazaar writes that while “four very nice white men”—Pete Buttigieg, Beto O’Rourke, Joe Biden, and Bernie Sanders—are all on covers of magazines, women and men of color are also running but are hardly visible. Instead, she notes several differences in news coverage:

Let’s be clear, both women and men have internalized the notion that women can’t be leaders and judge women harshly for aspiring to executive office. In a previous article, we cited Nilanjana Dasgupta of the University of Massachusetts at Amherst, who explains that “when people are consistently exposed to leaders who fit one profile [male], they will be more likely to notice leaders who fit that same profile in the future.” This is an example of unconscious bias. In other words, even when a woman acts like a leader, her talents are less likely to be noticed or identified as leadership because the generally accepted profile of a leader is a man.

Perhaps because we have never had a woman as president of the United States, both women and men in this country cannot imagine or feel comfortable with women in the role of president. It does not help that the women candidates get very little coverage in the media and we do not get to know them. We also all need to examine our unconscious bias about women leaders and the “likability” factor. Potter challenges us to stop focusing on likability, a “nebulous, arbitrary and meaningless” standard, and instead vote for candidates who you trust to do the work of leading our country and our world. She notes, “If Americans can learn to like and trust women in Congress in record numbers, maybe they can learn to trust women as presidential candidates too—and maybe even like them.”

It’s really time to dismiss and eradicate the likability factor as relevant and focus instead on ability and experience.

Photo by Hunters Race on Unsplash