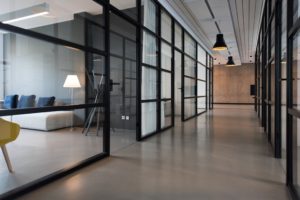 I have long been worried about a backlash against the #MeToo movement that could make things worse in the long term for women who experience and report sexual harassment and assault. I have worried and talked with others about the need for us to develop a consensus about what the consequences should be for a broad range of sexual harassment behaviors in the workplace, the military, and on college campuses. The #MeToo movement has been vitally important for empowering women to call out the degrading and harmful treatment that they, and some men, have experienced from people with more power—usually but not always men. People who are targets of sexual harassers often experience fear, depression, loss of confidence, and/or damaged careers.

Let’s be clear—sexual harassment is still a huge problem. Here are two examples in the United States:

The problem is that, until now, the only consequence for people accused of sexual harassment during #MeToo has been removal from their jobs without an investigation, as happened with Al Franken in the United States Senate. Legal proceedings against egregious offenders like Harvey Weinstein have been rare. While removal and sometimes arrest are warranted for the most severe behaviors, such as rape and assault, a whole range of behaviors can reflect sexual harassment that is less severe, and we do not have a spectrum of appropriate responses for holding people accountable for those behaviors. The short-term backlash for women’s careers from having only one response—removal—is already happening. Various research shows that

Jeannie Suk Gersen, writing for the New Yorker magazine, notes that the #MeToo movement burst forth in 2017 to reveal the widespread sexual exploitation in many forms experienced primarily by women. She makes the case, using the accusations against Joe Biden by Tara Reade, that this case may be a pivotal moment for #MeToo, “which marks its more mature reckoning with its deeper goals.” In other words, we and #MeToo may finally be ready to develop a more nuanced commitment to due process. We may be ready to come to an understanding of the range of behaviors, from mild to severe, that can be inappropriate and constitute abuses of power. We can develop a range of consequences that can be applied to those behaviors to hold abusers appropriately accountable and create safe work environments where women can speak out and prosper.

It is not my intention to take a side in the Biden versus Reade allegation but rather to take a position for expanding our commitment to fair processes for all concerned and for appropriate consequences for bad behavior. Gersen writes that a key slogan associated with #MeToo, “believe women,” was never intended to be taken literally because that would be an “idea . . . untenable for a social-justice movement that cares for truth and nondiscrimination.” Gersen notes that Biden himself said that “believing women means taking the woman’s claim seriously when she steps forward, and then vet it” or do a thoughtful investigation. I agree with Gersen when she says, “‘Believe women’ stands for the imperative to listen respectfully and investigate thoughtfully. It is not about the right to be believed, much less automatically vindicated, but essentially a right to be heard and to have one’s claims examined with care. We should also see that #MeToo means calling out sexual misconduct while also accounting for the moral and practical balance needed in states of not knowing.”

In the case of Joe Biden, Tina Tchen, the CEO of Time’s Up, makes the case that “you have to look at the whole picture. I would assess these candidates on their character, on the policies that they promote and put forward, and the leadership abilities that they have.” I believe we can create fair processes. It’s time to do so.

2 thoughts on “The Maturing of #MeToo”