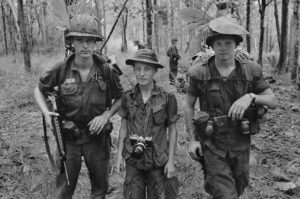 It is exciting to learn about women erased from history and to bring their names and accomplishments into the public realm. The accomplishments of so many women were erased because of discrimination and were credited to men, sometimes because the women had to pretend to be men to be taken seriously and published their work under men’s names. At other times they were blocked from recognition because as women they were told they did not belong in the world of men. Always they were paid less than men.

Some new research by Joan Marie Naturale, a researcher of deaf history, illuminates the stories of four remarkable deaf women erased from history, some of who were pioneering astronomers and journalists, and all of who were early suffragettes fighting for women’s right to vote. Here are some of their stories.

Annie Jump Cannon was a pioneering astronomer. Naturale writes that Cannon, born in 1863, was one of the first women from Delaware to attend college and graduated valedictorian from Wellesley College. Deaf from a young age, she is credited with cataloging 350,000 stars at the Harvard College Observatory. She developed a unique system for ranking stars that is still used today—though it is named after Harvard, not for her. Cannon also fought for the passage of the Nineteenth Amendment to the US Constitution to give women the right to vote. She declared, “If women can organize the sky, we can organize the vote” and was a founder of the National Women’s Party.

Helen K. Watts, born 1881, and Kate Harvey, born 1862, were two deaf suffragettes in Britain who fought for women’s right to vote. Both were arrested and imprisoned in their struggle.

Laura Redden Searing, born 1840, was a deaf newspaper reporter and poet who published under the pseudonym of a man, Howard Glyndon. Naturale reports that in 1860 she became the earliest deaf woman journalist and interviewed General Ulysses S. Grant, soldiers on the Civil War battlefield, and President Abraham Lincoln. She wrote about women’s issues and campaigned for women’s right to vote, stating, “Having decided that black people do not belong to white ones, why not go a step farther and decide that women do not belong to men.”

Closer to our own time, Elizabeth Becker, writing for the New York Times, shares the stories of women who worked as combat reporters during the Vietnam War, but whose accomplishments were erased. Becker, in researching for her book on the women who pioneered new approaches to war correspondence during the Vietnam War entitled You Don’t Belong Here focused on three women: Kate Webb, Catherine Leroy, and Frances FitzGerald, whose names have been erased from public memory. While the names of young men who covered the Vietnam War, such as David Halberstam, remain in public memory, Becker notes that male journalists who wrote memoirs about their time in Vietnam either left out any mention of their female colleagues or belittled their accomplishments “no matter how many awards the women had won.”

Becker shares that in the mid-1960s when the war was raging, “newsrooms largely confined female reporters to the women’s-news section.” The three women who Becker researched “paid their own way to war, arrived with no jobs, no role models and no safety net.” They were not welcomed by male reporters and were treated with distain. Becker cites a memoir published in 1995 by Peter Arnett, a Vietnam War correspondent, as saying, “The prevailing view was that the war was being fought by men against men and women had no place there.” Here are some of the stories researched by Becker of Webb, Leroy, and FitzGerald.

Kate Webb rose to become bureau chief for United Press International in Cambodia, but there was no press release to celebrate this singular accomplishment. Webb was captured by the North Vietnamese and held captive for twenty-three days. She was honored at the time when she was released but then quickly forgotten. And she never wrote a memoir about her life, which is not surprising. Becker points out that women calling attention to their own work created intense backlash for them.

Catherine Leroy, a French photographer, was one of the few women combat photographers in the early years of the Vietnam War. Becker notes that Leroy pioneered an intimate style of combat photography to great acclaim. Her male colleagues were threatened by her success, filed shameless complaints against her, and got her press credentials stripped away by the Agence France-Presse. She fought back and regained her press card, but her colleagues dismissed or ignored her accomplishments in their memoirs about the war.

Frances FitzGerald wrote the Pulitzer Prize–winning book Fire in the Lake about the Vietnam War. The backlash from the war correspondents was intense as they claimed she was not qualified as a journalist to write such a book. Even Ken Burns, in his 2017 documentary about the Vietnam War, left her book off of his recommended reading list.

Becker closes her article with this lament: “The work of the women I looked to as role models has gradually slipped away from public memory. The women chroniclers of Vietnam were relegated to a footnote in history, denied their rightful place as pioneering war correspondents.” Becker has done an important service to history in bringing their accomplishments back to the light in her own book.

Photo courtesy of manhhai (CC BY 2.0)