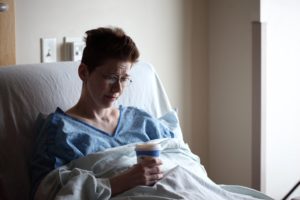 Women have historically been underrepresented in medical research, and it is happening again in the United States with research for a COVID-19 vaccine. Alisha Haridasani Gupta, writing for the New York Times, notes that because data being collected on the virus and in clinical trials does not bother to record sex breakdowns, we will not know the answers to these questions and more:

Gupta writes that “sex data blind spots can be traced back to the fact that, historically, science didn’t study the female body.” The assumption in science persists that there are no fundamental differences between male and female bodies, even though a vast amount of research shows otherwise. Instead, scientists still assume that any deviation in research studies from the white male archetypes is an anomaly to be ignored. Gupta cites a recent clinical trial in 2015 on “female Viagra,” which included twenty-three men and two women, as an example of the mindset of scientists who assume that including women is not important, even for a drug being developed specifically for women.

Why is it important to include women in medical research?

We have to keep asking the questions raised by Gupta in the opening section of this article. This situation is shameful and potentially harmful to white women and people of color.