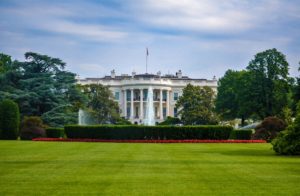 Robin Lakoff, a linguistics professor emerita at University of California, Berkeley, is one of the foremost scholars on the impact of language on our attitudes and behaviors. Jessica Bennett of the New York Times cites Lakoff as saying, “We are uneasy with the president as ‘she’ because encountering it forces us to have in mind a new conception of ‘president.’” Lakoff’s point, as well as the findings reported by Bennett on new research on language used in the 2016 presidential election, is that the language we hear and use influences our behavior, including who we vote for.

Try this experiment, which I have been using for years: simply switch the order of the gender you name first in a sentence. Say and write “women and men” instead of the standard usage of “men and women.” One workshop participant recently said to me, when I put “woman” first in a sentence, “You’re trying to mess with our minds.” He was right. I became aware at some point that when I change the order of the gender pronouns, it does register as “not right” with listeners and opens the possibility of a conversation about unconscious bias. And, if you are like me, you have noticed how much concentration it takes to use gender neutral pronouns like “they” and “them” in reference to gender expansive people who do not identify as either female or male. Our brains don’t have an existing pathway that we can reflexively travel to say “they” and “them.” The same is true with putting “women” before “men” in our language use. But these new pathways can be formed with conscious intention and practice.

Bennett offers other examples of the way “man” is still often the default in the English language, such as maestro, manning the command post, freshman and ombudsman. She cites new research from linguists and cognitive scientists at Massachusetts Institute of Technology, the University of Potsdam, and the University of California at San Diego who found that during the 2016 presidential race, Americans were reluctant to use the word “she” in the context of a hypothetical president. Even just reading the words “the president, she” caused subjects “considerable disruption” in reading time as their brains “stumbled” over the deeply ingrained bias of “president = he.”

The researchers conclude that using male language “could indirectly contribute to a culture where women are not typically seen as typical candidates” or leaders. The study’s main author, Dr. Titus von der Malsburg, notes that this could influence elections “because women would have to do extra work to convince voters that they can do the job.”

During the 2020 Democratic presidential primary debates, I remember how it was almost jarring to me when the women candidates would say, “the president, she . . . ” I realize now that they were trying to break through our deep and unconscious bias toward men as leaders. It’s deep. Unfortunately, none of the numerous talented and capable women running for office were successful in breaking through. Let’s all try to change the pronouns we use to be more inclusive as a way to open up more possibilities for who our leaders are in the future. Each time you can put women first by saying “women and men,” you will help move us forward as you disrupt the deep patterns of bias carved in our brains.