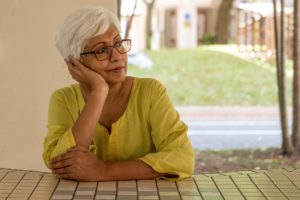 I remember when I first learned from a search firm that women over age fifty-five were considered “too old to hire” by many of their clients. I was leading a search for a new leader for an organization, and the search firm we hired asked whether we wanted them to bring us women over fifty-five years of age as potential hires. They said that most of their clients would not consider an older woman as a candidate, and they didn’t want to waste their time or ours. We were shocked, and we told them that we considered women over fifty-five to be perfectly fine potential leaders. And, unlike many of their clients, we actually hired an older woman.

I recalled this story as I read an article by Susan M. Shaw, a professor of women’s, gender, and sexuality studies at Oregon State University about older women being refused promotions, pushed out of academia, or both. She cites the work of Audre Lorde on ageism, “Ageism distorts relationships and encourages people to repeat mistakes of the past . . . which ‘keeps us working to invent the wheel.’” In other words, organizations lose valuable employees and their institutional memory when they devalue and dismiss their older members. Shaw describes the gender difference in ageism:

Shaw cites the work on ageism by feminist Barbara Macdonald in 1979 as still true today in academia (and, I propose, beyond academia). Macdonald noted that ageism is a “point of convergence” for racism, ableism, capitalism, and heterosexism in that it is the social and economic dependence, violence, enforced gender identities and roles, and heterosexuality that play out in ageism.

Shaw points out that since white women and women of color were only reluctantly let into the academy, “they’re easier to marginalize and discard because they never fully belonged.” Their marginalization is rooted in cultural stereotypes about older women as “little old ladies,” doddering , addled, and incapable. She notes that older men, on the other hand, “tend to be looked at more fondly and with more respect.”

Universities push aside or out older women in many ways: one is by removing them from positions of power or, more subtly, by ignoring their contributions. Shaw also makes an interesting point about the possibility that older women get pushed out because of a fear of older women’s power. Shaw suggests we consider that

What great role models and mentors older women can be to younger women about how to handle sexism, racism, classism, gender identity, and homophobia in academia. But that is probably one reason why older women get pushed out.

Photo by BBH Singapore on Unsplash