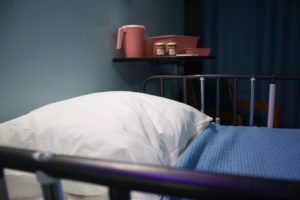 Over the years I have repeatedly noticed and wondered why the people who run for national office always seem to be wealthy. One of the exciting aspects about the 2018 election was the unusual number of women of color and working class people who ran and were elected to the House of Representatives. Isabella Grullón Paz, writing for the New York Times, explains that often women of color and working-class people who decide to run for office must give up their health insurance in order to do so, which is a very big decision. Nabilah Islam, a Democrat running to replace a retiring Republican in Atlanta explains, “When you run for office, you can’t do this part time. The deck is stacked against you if you do it part-time.” Consequently, because we do not have universal health insurance in this country, people lose their health insurance when they leave their jobs to run for office if they are working class. This is a big price to pay for public service and is a structural barrier for many working-class people who would like to run for office.

Paz gives examples of several working-class women of color currently running for office who gave up their employer-sponsored health insurance to run:

Photo by Bret Kavanaugh on Unsplash