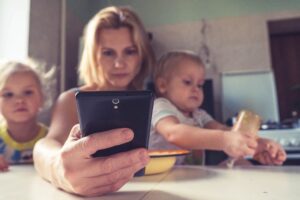 I remember how disappointed my good friend was when her daughter was born about the lack of parenting equity in her marriage. She felt sure that she had chosen a man as her spouse who would truly be an equal partner in parenting. And he did express a commitment to the idea of equity. But once her first child arrived, she would marvel to me that while he did a lot of tasks around the house, he still did not carry an equal load. The lack of equality showed up in intangible ways that required a lot of her attention to details or tasks he did not notice or think about. She felt frustrated, but he could not understand her complaints. That is why new research reported by Jessica Grose of the New York Times is so helpful—this research gives language to previously hard-to-describe “work” that women tend to do more of that researcher Allison Daminger calls “cognitive labor.”

Grose notes that while she has been writing about the gender gap in housework and childcare among heterosexual couples for almost a decade, the gap in the mental load, “an invisible combination of anxiety and planning that is part of parenting, . . . remains frustratingly uneven.” Grose points out that the work of Daminger, a doctoral candidate in sociology and social policy at Harvard University, breaks down “cognitive labor” into four parts: anticipate, identify, decide, and monitor. Using planning for summer camp as an example, the four parts are described as

Through interviews with thirty-five heterosexual couples, published in a paper in the American Sociological Review, Daminger found gender differences in the four parts as follows:

This is exactly what my friend complained about in her partnership. She had to hold space in her brain to anticipate or follow up on details that her husband did not do, which felt unfair to her. Daminger suggests that it is not that men are not capable of executive function. They demonstrate this capacity at work, “and yet,” she notes, “those same traits are not activated at home.”

While Grose and Daminger agree that the reason for this difference probably lies in the societal expectations for “good mothering,” which are still different for “good fathering,” there are some steps that couples can take to level this playing field. For example, get granular about how you define “fair.” If one partner is in charge of laundry, define the whole area of responsibility as including being responsible for monitoring the supply of detergent. In other words, agree on whole areas of responsibility and spell out all the tasks involved so that everyone agrees and is clear.

Daminger recommends a new book by Eve Rodsky called Fair Play that talks about how to define household and childcare tasks. We are making progress, but we are not there yet.

Photo by Vitolda Klein on Unsplash