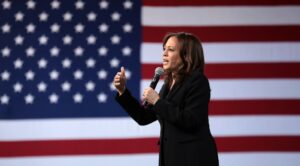 Let me be clear—I am a white woman who is thrilled that Kamala Harris was chosen to be the vice presidential running mate to Joe Biden. I noticed the giddiness of black women and men on the days following Harris’s appointment. Every black person interviewed on television over subsequent days seemed to be smiling broadly and almost speechless with joy. The same seemed true for my black friends and colleagues. I also noticed that her appointment occurred just days before the one hundredth anniversary of the passage of the Nineteenth Amendment in 1920, giving women the right to vote. In fact, the Nineteenth Amendment gave only white women the right to vote, and it took another fifty years for women of color and other marginalized groups to get the vote with the passage of the Voting Rights Acts of 1965 and 1970.

Harris focused a lot in her acceptance speech at the Democratic convention on the fact that she is a black and Asian woman. Since then I have heard solidly Democratic white people say they felt left out of all the excitement of her speech and wondered, “What about me? Don’t white people count? If she becomes president some day, will white people count?” But she has a really good reason for her emphasis and joy about her appointment as a black and Asian woman.

Black women finally feel seen and valued, which has been a long time coming. An editorial in the New York Times explains that black women have been erased from the history of the suffrage movement and “the contributions of African-American women like Frances Ellen Watkins Harper, Mary Church Terrell, Sojourner Truth and Ida B. Wells” were rendered invisible. Black women were also erased when

Finally, because it took another fifty years for black women to gain the right to vote, they feel that they finally have a voice in our democracy. They feel their issues and talents have been taken for granted and largely ignored by the Democratic party between elections, and the appointment of Kamala Harris feels like a significant recognition.

In other articles on suffrage by Gail Collins of the New York Times and Monica Hesse of the Washington Post, Collins and Hesse discuss many examples of the threat perceived by white men of white women having the vote and their successful attempts to block progress on issues of concern to white women. The effort to block access to voting for black women and men continue to this day. In addition, women have not joined forces to make progress on issues of concern to them, such as pregnancy protections, healthcare, and childcare, to the extent possible. Perhaps the appointment of Kamala Harris as the vice presidential nominee will become the turning point when we work together for change.