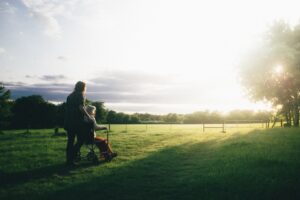 When my mother was diagnosed with brain tumors and given four months to live, I did what most of us would do if we could. I, along with my sister, temporarily moved 1,200 miles to take care of her for the remaining months of her life. Fortunately, both my sister and I were self-employed at the time. I could do some, but not all, of my work remotely. I still had to cut back to part time and reduce my income, but I was able to do that and had a supportive partner back home.

Claire Cain Miller of the New York Times writes, “Even though women have always done most of the caregiving, both paid and unpaid, it’s never been just a women’s issue.” She notes that the pandemic has highlighted the importance of family caregiving and the fragility of our caregiving systems, along with the economic impact of our lack of national caregiving policies. She notes that Joe Biden, in speaking about his experience as a single father, has emphasized that caregiving is not just a women’s issue. It is a refreshing and striking change to hear a male politician speak from the experience of a single father in support of new national caregiving policies which he plans to implement if he is elected president.

Miller notes that “nearly everybody cares for family at some point”:

In another article, Miller notes that among the reasons caregiving policies have not been a priority in the United States is that Americans have conflicting feelings about whether women should work. She also notes that caregiving is an economic issue for four reasons:

Now is the time to truly value families and caregiving. Let’s hope that change comes from this pandemic to right these wrongs.

Photo by Dominik Lange on Unsplash

1 thought on “Caregiving Is an Issue for Everyone”