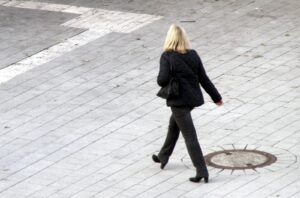 I have long felt and written about the importance of transparency to close the gender wage gap in the United States. It stands to reason that as long as payroll information is a secret, we cannot hold organizations accountable for paying women and people of color less than they pay white men for the same work. For that reason, I felt hopeful when, in about 2016, the United Kingdom passed a law requiring that all organizations with at least 250 employees had to report their wage data, broken down by sex (but not race). The first report of comparative wage data was published in 2018. I also remember the outrage and scandal when this data revealed massive gender wage gaps in almost every industry and job in the United Kingdom. I subsequently assumed that change was well underway in there with closing the gender wage gap because of this transparency and the outrage it unleashed. When I recently made a presentation on gender issues in the workplace to a group of women in the United Kingdom, I mentioned that their country had taken significant steps to close the wage gap compared to what we have done on a national level in the United States. When I got blank stares back from my UK audience, I realized that my assumptions were apparently wrong, and I decided to find out what has happened after 2018.

Linda Scott, writing for The Guardian, reports that not only has the wage gap not closed for women in the United Kingdom as a result of the publication of the 2018 wage data, but that the current Covid-19 pandemic is making things worse for women in there. She notes that women are “watching their careers evaporate as the pay gap widens.” She suggests that the pandemic could set women’s economic progress back half a century because of the expectation that women will sacrifice their own economic viability to provide care at home. Before the pandemic, women in the United Kingdom were 75 percent of the part-time labor force because childcare is so expensive, and they were hit hard when part-time jobs fell by 70 percent in the first three months of the pandemic. With schools and day care closed, British mothers were 47 percent more likely than fathers to lose their jobs. As in the United States, gender inequality in the home increased during the pandemic as British women did more than twice the work of maintaining the home and family than men did.

Why didn’t the scandal produced by the big reveal of wage data in 2018 result in any change in the British wage gap? Scott explains the following:

Scott notes that in 2020, two years after the British gender pay gap was exposed, no significant improvements have been made because there simply are no consequences for maintaining discriminatory practices. This is not good news.