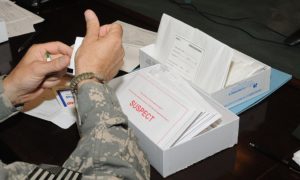 It has never been easy for women to report being raped to the police. In the early 1970s, I was one of many women in my community who volunteered to be rape crisis advocates for the state and local police departments. The police were supposed to notify us when a woman reported being raped, and they were not supposed to talk to the woman without one of us present. This agreement came about when feminist activists created a scandal by publicizing, as reported by Pagan Kennedy of the New York Times, that the following were common practices at the time:

At about the same time that I was a rape crisis advocate, a woman I had never heard of before reading Kennedy’s excellent reporting was also focusing on the problems of sexual assault not being taken seriously. Her name was Marty Goddard and, as Kennedy reports, Goddard “began a revolution in forensics by envisioning the first standardized rape kit. . . . The kit is one of the most powerful tools ever invented to bring criminals to justice.”

But the story of Goddard’s invention, her subsequent invisibility, and the scandal of the discovery between 2009 and 2015 of a backlog of 400,000 unprocessed rape kits all over the country contain a common thread: a woman whose invention was stolen by a man who took credit for it, thereby making her and her life’s work invisible, and an invention devoted to keeping women safe that was unfunded, hidden away, and ignored by the masculine legal system. Both were eventually made invisible.

Goddard devoted her life to trying to fix a criminal justice system that did not believe women by creating a system that provided scientific proof, protected evidence, and held men accountable for assaulting women. She was advised that her invention would not be considered or implemented in her home town of Chicago unless she got the support of Chicago police sergeant Louis Vitullo, who was the head of the microscope unit in the crime lab. Goddard presented him with a prototype and a written description of the rape-kit system. He screamed at her for wasting his time and threw her out of his office—and took credit for her idea. Still committed to getting the rape kit put into practice, Goddard had to agree for him to name the kit after himself, with no mention of her as the inventor, to move implementation forward. She founded a nonprofit, raised money to produce the kits, trained hospital personnel in how to use the kit, and in 1978 delivered standardized rape kits to twenty-five hospitals in Chicago. By 1982, New York City adopted Goddard’s system because “its effectiveness was demonstrated in Chicago” as many convictions were achieved.

Goddard died in 2015 before she could learn that in 2016, the Justice Department committed $45 million to tackle the backlog of untested rape kits. In the intervening years when police were dumping the untested kits into warehouses, rapists walked free to rape again. As soon as testing of the old rape kits began, new convictions were achieved.

As with the #MeToo movement, women must keep fighting to be believed and taken seriously by law enforcement. The old attitudes are not yet gone.