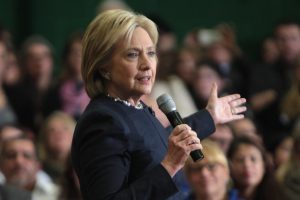 I remember the Beijing World Conference on Women in 1995 when Hillary Clinton created a global scandal by declaring, “Women’s rights are human rights.” Her speech was considered so outrageous that the Chinese government cut off her microphone in the middle of her speech. Clinton was the first lady at the time, and the United States government asked her to “soften” her speech, which she refused to do. There had never been a global summit on women’s rights before, and I remember hanging on every word reported about the proceedings and wishing I could be there too. As noted by Alisha Haridasani Gupta and Emma Goldberg of the New York Times, by the end of that summit, “Almost every country in the world had committed to the ‘full and equal participation of women in political, civil, economic, social and cultural life.’” This commitment was considered a big deal but also toothless and unfunded. That was the last time, twenty-six years ago, that a global summit on women’s rights was convened—until now.

At the end of June 2021, the Generation Equality Forum was convened by UN Women, political leaders, corporate executives, and grassroots activists in Paris. Gupta and Goldberg note that organizers of this forum created a system designed to avoid the mistakes of the 1995 convening that produced a platform with no concrete plans and no funding. For the 2021 forum, the organizers required that in advance, “all participants—whether U.N. member states or grass-roots activist organizations—would be required to submit clear, measurable proposals that fell under any of the six main policy areas:

Because countries have different starting places, each country was encouraged to develop measurable proposals to commit to. If the proposals were not measurable, the organizers sent them back to be improved before the event.

President Emmanuel Macron of France pointed out that COVID-19 turned out to be “’an anti-feminist virus’ that pushed more women around the world into poverty, nudged more girls out of school and locked women in with their abusers.” Because of the pandemic and these negative impacts for women and girls, a sense of urgency prevailed that resulted not only in creative and ambitious gender-focused policy proposals and program plans but also pledges of $40 billion to fund these policies and programs. These pledges include $2.1 billion from the Bill and Melinda Gates Foundation, cementing the longtime commitment of Melinda French Gates to gender equality. Also included is $420 million from the Ford Foundation.

Some surprise commitments came forward during the proceedings. Kenya produced an innovative plan to counter gender-based violence that other African nations adopted as a template for their plans. The United States came in with a strong set of commitments at the last minute. The United States had not signed up to participate under President Trump, and the Biden administration only finalized the US commitments a few days before the forum convened.

Hillary Clinton was in Paris. How exciting that must have been for her. I wish I could have been there too.