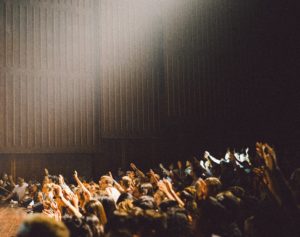 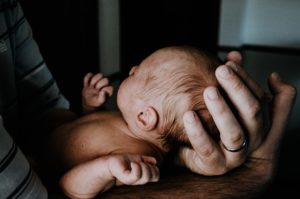 In a recent conversation, my dear niece, who is about to give birth to her second child, expressed some concern about how she is going to cope once the new baby is born. She has just started a new job as a contract worker and, consequently, is not eligible for paid leave. Her husband is a salaried employee in a new job but has not been employed long enough by his company to be eligible for paid family leave. They must both take leave without pay to care for the new baby, and they cannot afford to go without any income for very long. In addition, because she just started this new job and is a contract worker, she feels she will risk losing her job if she takes leave for more than a short time. And did I mention the high cost of day care for their two-year-old? No wonder she feels worried.

My niece’s situation is a common one for working parents and by itself makes the case for the need for extended parental leave for both parents. New research, however, adds to our understanding of the need for extended parental leave: a new mother’s health and the health of her new baby may depend on the father or other parent being available on a flexible basis to care for both the mother and baby. Claire Cain Miller of the New York Times reports on a new study by researchers Maya Rossin-Slater and Petra Persson, economists at Stanford. Miller notes, “The researchers . . . studied the effects of a 2012 Swedish law that allows fathers to take up to 30 days, as needed, in the year after a birth, while the mother is still on leave.” Miller explains that in the first couple of months after giving birth, often referred to as the fourth trimester, mothers are particularly vulnerable for multiple reasons:

The researchers found several positive effects when Sweden changed its law to allow fathers or other parents to take up to thirty paid days on a flexible basis:

The key to these changes, according to the researchers, was that “the policy allowed fathers [or other parents] to take intermittent, unplanned days of paid leave” when the mother needed it to sleep, seek preventive care, or get antibiotics early in an infection. In fact, the typical father in Sweden took only an extra couple of days of time off, but his flexibility when it mattered most had a significantly positive impact on the physical and mental health of the mother.

Miller points out that the United States is the only industrialized nation that does not have mandated paid leave. Shamefully, this leads to some alarming statistics:

We are actually moving backward in the United States. The United States Department of Labor is reviewing the Family and Medical Leave Act with a goal of reducing “the burden on employers” of being required to offer even unpaid leave. We can do better than this, but we will have to put pressure on our lawmakers at both the state and federal levels to pass laws requiring flexible paid leave for both parents for reasonable periods of time—more than four weeks and probably more than twelve weeks. Research such as this new study reported by Miller can go a long way to help make the case. We must all call and write our legislators and vote for candidates that support paid leave.

I have written previously about the poor representation and inhospitable climate for women in the technology sector. Only 17 percent of technology positions in the United States are filled by women. In addition to facing unconscious bias that makes it difficult to succeed, the lack of family-friendly policies also discourages women from being attracted to jobs in the technology sector. But suddenly, change is in the air. Claire Cain Miller of the New York Times reports the following:

Why Are These Changes Coming Now?

Several social factors are converging to create pressure for companies to change, though Stew Friedman, director of the Wharton Work/Life Integration Project at the University of Pennsylvania, cautions that it will take another 15–20 years for this movement to be complete. Here are some factors currently having a positive impact on company policies: And most interesting of all—men are filing gender discrimination lawsuits. Joan C. Williams of the Center for WorkLife Law at the University of California Hastings College of Law explains, “suddenly men feel entitled to take time off for family. It’s revolutionary.” These lawsuits by men for the right to take parental leave without retaliation are also starting to take place beyond the technology sector.

The implementation of paid family leave for some employees in some companies is a welcome change, and I am hopeful that this change will eventually spread to cover everyone. There are still a number of challenges to support for families that we need to be aware of:

Anne-Marie Slaughter, president of the research firm New America and author of Unfinished Business: Women Men Work Family, notes that while some organizations are starting to offer paid family leave and other family-friendly benefits to some of their workers, “we are not going to be able to do this (make sufficient change) one woman at a time or one company at a time, without actual legislation, policy, political action.” We need to keep the pressure on our own organizations and on our politicians as they run for office to institute policies and pass laws that value both work and family life. What is the status of paid family leave in your organization? What changes are you seeing in support for families?   Image courtesy of Ambro at FreeDigitalPhotos.net]]>