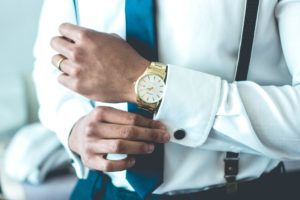 The statistics on the representation of white women and women of color in the financial sector, at both management and senior levels, are grim.

This report notes that “a limited number of female role models in leadership positions may limit women’s motivation to make it to the top.” According to Deanna Strable, executive vice president  and CFO at Principal, “Young women don’t see role models or potential paths towards executive level leadership.”

A recent article written by Jack Ewing of the New York Times reports that Christine Lagarde just became the first female president of the European Central Bank. Women are visibly underrepresented at central banks and the US Federal Reserve. Ewing notes that less than one-third of the economists at the Federal Reserve are women.

In a New York Times article, Jeanna Smialek writes that representations is important because “women focus on different issues and have different economic priors than men.” Janet Yellen, the former first female chair of the Federal Reserve, explains that “beyond fairness, the lack of diversity harms the field because it wastes talent . . . and skews the field’s viewpoint and diminishes its breadth.”

Of the big banks in the United States, none have a woman at their helm. Emily Flitter of the New York Times reports that when the leaders of the seven largest US banks recently testified before the House Financial Services Committee, “not one raised his hand in response to a question about whose bank might have a woman as its next chief executive.” Shortly after that hearing, Citigroup became the first giant United States bank to put a woman in line to become chief executive. Jane Fraser will one day be the president of Citigroup, if she decides to wait for the retirement of the current, leader who is not planning to retire for a long time.

Overall, little change has happened in the representation of women in the financial sector, especially in the senior ranks. Smialek cites cultural barriers and biases that are currently embedded in the cultures of banks and other financial services organizations as the cause of this underrepresentation. Thanks to senior women like Janet Yellen and Christine Lagarde, new pressures are now on those institutions to change.

Photo by Jonathan Francisca on Unsplash

Not long ago a new client, Isabelle, came to me to discuss feeling confused and lost about how to be a woman leader. She had most recently worked for a Global Health NGO as the only woman on the senior management team and had taken a strong stand for promoting a woman in the organization to fill a senior-level vacancy. All her male peers wanted to hire a man from the outside. Isabelle argued that the woman was at least as qualified and that the organization needed more diversity in its leadership ranks. Finding no support among her male colleagues, she went over their heads to her boss’s boss and got his support for promoting the woman. Her own boss, who had disagreed with her, wrote a negative performance review for Isabelle’s permanent HR file, stating that she was biased and discriminated against men. He also wrote that she was too aggressive and not a team player. Isabelle felt that she had won the battle but lost the war. A short time later, she left the organization. When she came to me, she was filled with self-doubt about her leadership abilities and was unsure if she ever wanted to work in a male-dominated organization again. Many women find themselves in Isabelle’s position as the only woman on a team. Rebecca Greenfield of the Boston Globe reports on a new study from LeanIn.org and McKinsey & Co. on a group of women called “Onlys,” defined as those who are often or always the only female in the room at work. In a survey of more than sixty-four thousand employees in 279 US companies, the research found that one in five women put themselves in the Only category. The number rises to 40 percent for women in senior or technical roles. Survey participants reported facing more challenges in organizations as Onlys than other women:

The situation is worse for Onlys who are women of color, half of whom report that they are often the only person of their race in work settings and are subject to more scrutiny and exclusion than white women. The LeanIn-McKinsey survey results also disproved a myth often offered to explain why there are so few women in senior-level positions in organizations: women do not want to be senior leaders. The LeanIn-McKinsey survey found: While ambition is not lacking for Onlys, the article also states that “being an Only ‘takes a physical and emotional toll.’” Like Isabelle, Onlys are less likely to stay in their organizations. Greenfield explains that the benefits of diversity for organizations do not kick in with tokenism, which is diluted diversity. Other studies have shown that the barriers and double binds that women face in organizations do not change unless women constitute a majority of leadership. Some research on barriers and double binds include the following: It is important that we understand the stress and distress for women who are Onlys in organizations. Onlys can easily become exhausted both physically and emotionally and begin to doubt themselves—and they often leave organizations. Even when there are some supportive male colleagues and mentors in their lives, women who are Onlys seldom have the support of other women who are also Onlys—because they are isolated from other women by definition. It is critical that women become aware of the Only phenomenon and join together with other women who share their experience by seeking out professional networking groups or forming their own. A support group of women can become a place for grounding and strategizing—and staying focused on your goals. If you are an Only, what has worked for you?   Photo courtesy of U.S. Embassy Kyiv Ukraine (CC BY-ND 2.0)  ]]>

There is good news on the horizon about gender stereotypes in the media. I wrote in my book New Rules for Women: Revolutionizing the Way Women Work Together about the power media images have to reinforce negative stereotypes of women as sex objects. These images communicate that the only thing that matters about women and girls is their appearance. There are still too many images of women as sex objects in advertising, but Claire Cain Miller of the New York Times reports on an exciting new study from Getty Images, a major supplier of stock photos that appear in ads, on billboards, and in blogs. Stock photos are important, Miller explains, because they “reflect the culture at a moment in time.” Miller reports that Getty Images found that over the past decade, from 2007 to 2017, the most sold images for the search term “women” have evolved from photos of naked, or nearly naked, models to photos of women demonstrating physical or professional prowess where their appearance isn’t the point. According to Miller, Pam Grossman, director of visual trends at Getty Images, explains that the top selling image in 2017 for the search term “woman” was of a woman hiking a rocky trail in Banff National Park, alone, on the edge of a cliff. Grossman notes that this is an image about power, freedom, and trusting yourself. The woman in this image is wearing a down jacket and a wool cap, and her face isn’t visible. The message of this image is what’s important is not what you look like but what you are doing. This is an empowering message for women and girls. We should also note that the most downloaded images, though, are of young Caucasian women. “You cannot be what you cannot see” is the unofficial tagline of the collection of stock photos called the Lean In collection at Getty Images. Miller explains that a large collection of fourteen thousand stock photos was developed in 2014 by Getty Images in collaboration with Sheryl Sandberg’s Lean In nonprofit organization. Their goal was “to seed media with more modern, diverse and empowering images of women.” Miller notes that of the fifteen most downloaded images in the Lean In collection,

Having these more diverse images available to the public has helped shift cultural attitudes about gender in the media. In addition, social media pressure on large corporations to include empowering messages about women in their advertising, rather than showing women as sex objects to sell products, is starting to have an impact. My heart soars every time I see the General Electric (GE) ads on television showing women and girls being celebrated as scientists and engineers. Government regulations can help, too. Miller explains that in 2017, “Britain’s advertising regulator announced rules banning ads that promote gender stereotypes, sexually objectify women or promote unhealthy body images.” We could do this in the United States, too. We can all positively change attitudes about women. Here are some easy strategies: If we all get involved, we can make a difference. What are you doing to make a difference? Photo courtesy of WOCinTech Chat (CC BY 2.0)]]>

Lean In when she described some excellent research by Heilman and Okimoto: “When a man is successful, he is liked by both men and women. When a woman is successful, people of both genders like her less.” I thought about this research when I read a recent New York Times newspaper article with the headline, “In Memoir, Hillary Clinton Emphasizes Her Softer Side.” I stopped and did a double take when I saw this headline. I wondered if, based on the harsh reaction Clinton triggered in many women and men during her 2008 campaign for president, she has been advised to do the equivalent of “smiling more”—or showing her softer side. So much research has been done now on what some authors call “the likeability factor,” including that recorded in Babcock and Laschever’s book Women Don’t Ask, that we have to take the gender difference seriously. It may seem unfair that women are held to a different standard of leadership behavior, but it seems to be a reality for us at this point in time. It’s not that women have to get “fixed,” it’s that different gender stereotypes mean we sometimes have to act differently to be successful. Here are some approaches that have worked for my clients:

What has worked for you? I would love to hear your tips and stories to share with others.]]>