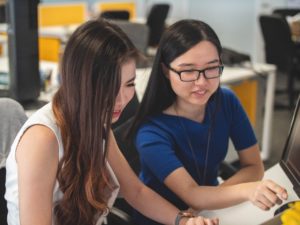 The outpouring since October 2017 of previously untold stories of sexual harassment and assault in the United States, known as the #MeToo movement, has been both shocking and exhilarating as brave women have been able to finally tell their painful stories and be heard and believed. With new revelations appearing in the US media daily about inappropriate behavior by both high- and low-profile men in the workplace, on college campuses, and in public spaces, it would be easy to miss the equally powerful stories coming out, often from surprising corners of the globe, about similar experiences. It would also be easy to get caught up in our outrage about these individual stories and to lose sight of the reason for this global phenomenon: patriarchal systems that are structurally set up against women. Here are some global examples: Indonesia—Tunggal Pawestri is among the women in Indonesia who are speaking out about the widespread daily sexual harassment endured by women, especially on roads, sidewalks, trains, and buses. Joe Cochrane, writing for the New York Times, explains that because Indonesia is a patriarchal society

Not surprisingly, incidents of sexual harassment go largely unreported, but women are starting to speak out on social media. Reading the stories of other women encourages women to share their own and discuss actions they can take together. Cochrane explains that the country’s sexual harassment problem stems from its patriarchal society in which men traditionally hold authority over women. Afghanistan—Maryam Mehtar is one of the brave women speaking out in Afghanistan, emboldened by the uprising of women in America and Europe against sexual harassment. Rod Nordland and Fatima Faizi write that women in Afghanistan tend to remain silent when faced with a problem seen as commonplace and unsolvable in their patriarchal society. The authors explain that Nonetheless, women in Afghanistan are starting to use social media to speak out, to establish NGOs to support women who have been harassed and assaulted, and to demand equality for women. Japan—Shiori Ito spoke out about being raped by a high-profile male television journalist when she was a young media intern. It took courage for her to share her story and name her attacker in a country whose institutions do not support victims. Motoko Rich of the New York Times explains that in Japan Rich cites Tomoe Yatagawa, a lecturer in gender law at Waseda University as explaining that “prejudice against women is deep-rooted and severe, and people don’t consider the damage from sexual crimes seriously at all.” The author quotes Shiori Ito as saying that she knows she must be strong and continue to speak out if Japan’s patriarchal institutions are ever going to stop protecting men and start respecting women. Radical Islam in France—Henda Ayari, a French citizen of North African parentage, chose to publicly denounce the beliefs of her radical Salafi Muslim community in 2015 after the terrorist attack and bombing of the Bataclan concert hall. New York Times reporter Carlotta Gall writes that Ayari’s denunciation of the treatment of women in Salafism brought many threats and insults to her on social media. Then, in 2017, after “reading the accounts of women outing their sexual aggressors in the #MeToo campaign on social media after the Harvey Weinstein scandal,” Ayari decided to unburden herself of the secret she had been carrying about being raped in 2012 by a famous Swiss-born Muslim scholar in France by posting her story on social media. She received many messages from other Muslim women in France who have kept silent about sexual abuse and are struggling with patriarchal Salafist strictures that isolate women and require obedience to men. Speaking out and telling her story to demonstrate that women are not inferior, deserve to be respected, and do not have to wear a veil to be a good Muslim has given her a sense of purpose. She has founded a nonprofit to help women seek legal help and refuge. Sweden—When Cissi Wallin, vacationing in New York City with her family from Sweden in October 2017, read the story on Harvey Weinstein, she wondered, “What if people would believe me now?” Jenny Nordberg of the New York Times explains that Wallin had filed a rape complaint in Sweden in 2011 against a high-profile journalist, which was dismissed within a few weeks. Inspired by #MeToo, she decided to post the incident and the name of her attacker on social media. Soon more women came forward about this same man. Then stories of other high-profile individuals came pouring forth from tens of thousands of Swedish women about brutal sexual assaults in every profession. Nordberg notes that while Sweden prides itself on being best in class on gender equality, all the rules, regulations, and agencies devoted to gender equality have not changed basic cultural patriarchal assumptions about the supremacy of men and “traditional sexual norms” that leave women responsible for protecting themselves. Nordberg explains that men in Sweden use their professional power and influence to harass or abuse younger, often subordinate women, often at work, and, like everywhere else, seem to consider it their right to do so. Clearly there is more work to do in Sweden, and everywhere else. Susan Faludi of the New York Times notes that outrage and removal of a few men will not result in women’s equality. If we do not stay focused on changing public attitudes about gender roles and on changing the economic and legal structures that perpetuate the gender pay gap, deny access to family planning, and silence women’s complaints about sexual abuse, we will never have true gender equality or workplaces free of harassment. Faludi explains that the #MeToo movement is important, but it will not change anything if we do not also follow the lead of Alabama’s black women voters and turn out for elections, encourage the ongoing Women’s March on Washington, and support the stunning number of female candidates seeking office in the coming elections. #MeToo is the next step in a long journey, but it is not the end of the road.   Photo by Josh Estey, CC BY 2.0.]]>