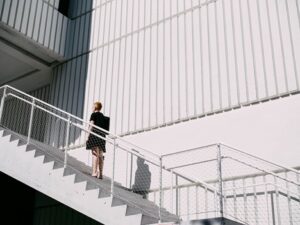 Much has been written about the dramatic exit from the labor market of women with children. Add to the exit the numbers of women who are pregnant and cannot get accommodations from their employers that would allow them to stay on the job. While this is not a new problem for pregnant women, the need to keep women in the labor force to help our economy recover from the pandemic means we must take action. One major step would be to get much-needed federal legislation passed that would provide protections to both pregnant workers and employers.

Chabeli Carrazana, writing for the 19th News, explains that while pregnancy discrimination was outlawed in 1978, “vague language in the law about exactly how employers should accommodate pregnant workers has spawned numerous lawsuits, many of them unsuccessful.” Carrazana notes that the 1978 law also puts the onus on the pregnant worker to prove that the employer has been able to accommodate another employee in the same facility who is in a similar position. The author points out that because pregnancy is a complex situation, no two situations may be the same, and courts have held a very high standard for what qualifies as a “similar position,” thereby tossing out suits with examples that are “too dissimilar.”

Carrazana points out that the resulting confusion for both employers and workers has had a differential impact on low-wage workers who are predominantly workers of color and most vulnerable in jobs with fewer labor protections. The author cites Elizabeth Gedmark, the vice president of A Better Balance, an organization that set up a hotline for workers to call if they faced pregnancy discrimination, as noting a pattern in the calls they received: “Many of the pregnant people calling were working in low-wage jobs where they were told to take unpaid leave or encouraged to quit when issues of pregnancy accommodation came up.” Gedman explained that some employers were refusing to offer accommodations because the law did not explicitly require them to.

Pregnant workers who cannot get accommodations have to deal with serious consequences. Carrazana offers some examples:

What can be done? Carrazana notes that a bill, the Pregnant Workers Fairness Act, has been languishing in Congress since 2012. The bill closes the loopholes in the original law and clarifies the responsibility of employers to provide accommodations. It removes the onus on workers to prove they need accommodation. The bill also uses inclusive language, such as “pregnant workers” to refer to all people who may become pregnant. The conditions may be right for this bill to finally be passed. A related bill, the PUMP for Nursing Mothers Act, is also getting attention in Congress as an attempt to “end the unintended consequences of a 2010 law designed to create accommodations for nursing mothers who needed break time to express breastmilk.” The original law provided so many exceptions to who was covered that some nine million workers were exempt from pumping protections. This needs to be fixed.

Let’s hope for movement on these common-sense protections to help women stay in the workforce.

Photo by Anna Sullivan on Unsplash