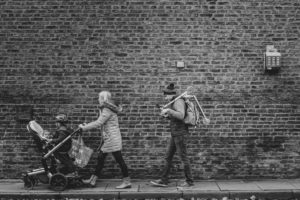 In a recent article, I wrote about class-action settlements won by fathers against a handful of large companies that have brought about change. While only a minority of companies offer paid parental leave, a new federal lawsuit filed against Jones Day, one of the nation’s largest law firms, promises more change. This new lawsuit, filed by a couple previously employed at Jones Day, charges discrimination against fathers in parental leave policies, along with other gender-based discrimination. Noam Scheiber of the New York Times writes that this lawsuit joins another suit filed against Jones Day earlier this year by six female lawyers for gender and pregnancy discrimination. Scheiber explains all the charges in the complaint filed by the couple Julia Sheketoff and Mark C. Savignac:

The class-action suit filed by the six female lawyers in the firm charges that women who give birth face obstacles to advancement in the firm, and those who have a second child are often fired within a few months of returning to work.

We have made some progress in the United States with offering working women paid parental leave. Some men also have paid leave but usually very little. But clearly, many organizations are still operating in the dark ages of gender discrimination. And most workers do not have access to any paid parental leave at all. We have a long way to go. Let’s hope that the lawsuits keep coming to force much-needed change.

Photo by Dan Burton on Unsplash