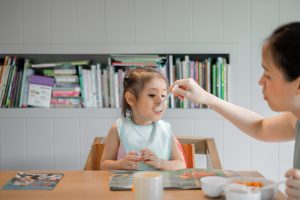 New research, collected and released by the Bureau of Labor Statistics and analyzed by the Brookings Institute, shows that in 2020, the mothers of young children spent about eight hours a day on childcare while spending six hours on average working. Chabeli Carrazana, reporting for the 19th, explains that the data are averages based on thousands of interviews by the Bureau of Labor Statistics with people across the country about how they spent their time on a daily basis between May and December 2020 when the pandemic closed down schools and childcare centers. Specifically, Carrazana reports that

The fallout for women’s careers has been described in a previous post. Carrazana cites the US Census Bureau as confirming that “in April 2020 alone, 3.5 million moms of school-age children shifted out of active work, moving into paid or unpaid leave, losing their jobs, or leaving the labor force completely. . . . About half of all moms were not working that month.” Hundreds of thousands of mothers left the workforce completely over the past year.

This “shesession” has been particularly punishing for women of color, for whom the unemployment rate remains high at 8.5 percent, compared to 5 percent for white women. . In addition, single mothers, who typically have a higher employment rate because they are the sole breadwinners for their families, still lag five percentage points below where they were in January 2020 before the pandemic.

We must both get the COVID-19 crisis under control and fund childcare. Our economy and women’s careers depend on this.