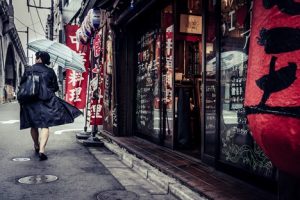 I believe it is important to check in on top stories in other parts of the world on the topic of gender issues in the workplace to balance out our US-centric media. Today’s headlines take place in France, Japan, and Nigeria.

In Paris, France, Mayor Anne Hidalgo has announced that she will run for president as the Socialist candidate in the April 2022 presidential election. Elected as the first woman mayor of Paris in 2014 and reelected in 2020, Hidalgo is known as a charismatic and divisive mayor. In 2018, she was fined $110,000 by the French government for appointing too many women (eleven out of sixteen top positions) to senior city government positions. Hidalgo declared the fine “absurd” as she worked to address systemic problems with the underrepresentation of women in top civil service jobs across the country. The ministry in charge of the French Civil Service found that since she was elected, “Paris has made great strides in correcting historic imbalances. Across the city government, women now hold 47 percent of senior management positions.”

Hidalgo, the daughter of poor Spanish immigrants, would be the first woman elected as president in France. Roger Cohen, reporting for the New York Times, notes, “Up to now, the Fifth Republic has produced eight male ‘présidents’ over six decades.” Fittingly, she was anointed as the standard bearer for the Socialist Party at the Chateau de Blois, where in 1429 Joan of Arc stopped for a blessing before defeating the British at Orléans. Cohen observes that “French Socialists appear ready to put their faith in a woman facing a tough campaign and unlikely odds.” Let’s see what happens.

Even though the Japanese government promised in 2003 that by 2020 women would occupy 30 percent of all corporate management positions, only 13 percent of management positions in Japan were occupied by women in 2020. Ben Dooley of the New York Times notes that Japan continues to have some of the starkest inequality in the developed world. He reports that

In the meantime, despite Japan’s tech-savvy image, Malcom Foster reports that Japan is actually “a digital laggard with a traditional paperbound office culture where fax machines and personal seals known as hanko remain common.” The pandemic heightened awareness in the country that it needs to modernize, but Japan has a severe shortage of technology workers and engineering students. However, Foster reports that university programs that produce these workers have a near absence of women:

While the government of Japan has started to address these problems by mandating computer programming classes in elementary school for all boys and girls, there is still a long way to go before the mindset changes in the larger culture that tech is a strictly male domain.

Martha Agbani is the leader of a business in Nigeria that empowers women and cleans up the environment ruined by oil-polluting multinationals such as Royal Dutch Shell. Her goal is to put money in the pockets of women, who suffer disproportionately from the effects of oil pollution when their livelihood, harvesting shellfish, is destroyed by oil spills. Ruth Maclean of the New York Times explains that Agbani is doing this by hiring a lot of women to raise mangrove trees that they will sell to Royal Dutch Shell.

Maclean explains that mangrove trees filter brackish water, provide protection against coastal erosion, and provide breeding grounds for aquatic life. After two oil spills in 2007 and 2008 killed off thousands of acres of mangrove forests near Agbani’s village, Shell agreed to compensate the community. Agbani plans to both heal the ravaged environment and empower local women by planting large mangrove nurseries and selling the mangrove tress to Shell. This is entrepreneurial environmental activism and activism for women’s rights at its finest.

Let us continue to learn about and support women around the world who are championing women’s rights.

Photo by Dovile Ramoskaite on Unsplash