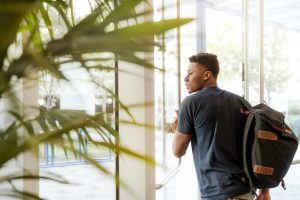 The Wall Street Journal reports that three-fourths of the pandemic-driven college dropouts in the United States were men. These numbers would seem to depict a crisis for men that predicts lower future earning power. If the earnings for men are going down, does that mean the gender wage gap will close? For many reasons, the answer appears to be no. Kevin Carey of the New York Times explains some of the reasons why the gender wage gap persists—and why men in the United States, in general, are not in a pandemic-driven education crisis:

Carey points out that the gender pay gap has been persistent despite the higher levels of enrollment and graduation from college by women for decades. Obviously, the problem is not just about whether or not you have a college degree. The problem is about societal attitudes about work and family, discriminatory policies and procedures that limit women’s access, and the lack of affordable childcare.

Just today, my cousin called to tell me how surprised she was when a woman plumber showed up at her door today to fix a plumbing problem in her house. The fact that it is still so unusual to see a woman plumber says a lot about what we consider “women’s work” versus “men’s work.” We still have a long way to go to even this playing field.