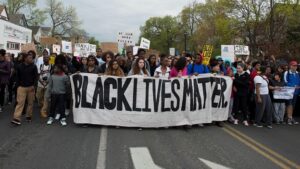 What will it take to bring about real change in racial equity in the United States? Decades of efforts to close the wealth, health, and other gaps for Black and brown Americans have not made much of a difference. In an article written by Earl Fitzhugh, J. P. Julien, Nick Noel, and Shelley Stewart for McKinsey Quarterly, the authors suggest a strategy based on new research that could bring about lasting change.

We are at a particular moment in time when ending racial inequality might be possible. The year 2020 was full of losses for Black lives that the whole world noticed:

Since George Floyd was murdered in May 2020, organizations and businesses have committed more than $200 billion to address racial inequality. But, the authors note, the events above are rooted in long-standing inequities and a long history of systemic discrimination. They point out that decades of efforts to close the wealth, health, and other gaps for Black Americans have not worked:

They also argue that commitments by individual organizations to combat racism will not be enough. They point out “the best hope lies with a sector-spanning coalition.” The researchers studied coalitions that successfully addressed similar complex challenges, such as discrimination against LBGTQ+ Americans and youth unemployment. Through in-depth interviews and wide-ranging conversations, which took into account the expertise, insights, and lived experiences of the leaders of these successful coalitions, they found five attributes that could be the foundation of an intervention that eliminates structural racism in the United States. The five attributes of successful coalitions from this research are

These five attributes of successful coalitions make so much sense as components of a strategy to eliminate racial inequality for Black and brown people as well as for other complex social issues. Stacey Abrams implemented a similar strategy for turning Georgia into a blue state. Fragmentation is the killer of dreams, but coalitions can make big change happen.