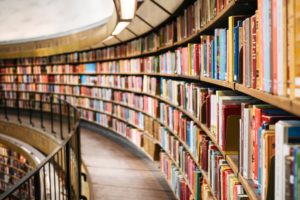 In the midst of a lot of terrible news and hardship for many people in this time of the Covid-19 pandemic, some good news for women’s leadership has emerged in the publishing industry and in politics. Alexandra Alter and Elizabeth A. Harris, writing for the New York Times, report that in the publishing world, “Over the last year, deaths, retirements and executive reshuffling have made way for new, more diverse leaders . . . [that] stand to fundamentally change the industry, and the books it puts out in the world.”

The authors point out that while publishing’s workforce is more than 75 percent white and skews heavily female, men have often held the top jobs. Newly hired leaders in publishing bring different sensitivities and life experience. Here are some of the new leaders:

The world of politics had some historic wins on June 2, 2020, for women of color in primary and local elections across the country.

Elle Jones became the first African American and first woman elected mayor in Ferguson, Missouri, as reported by Jennifer Medina. Jones won a seat on the city council in 2015, the year after Michael Brown, a Black teenager, was shot and killed by a white police officer in Ferguson. With her election to the city council in 2015, she became the first Black woman elected. Her election as mayor breaks down another barrier for the people of Ferguson.

Reid J. Epstein, Jennifer Medina, and Nick Corasaniti report on primary wins for women of color. They note that in spite of the coronavirus pandemic, voter turnout surpassed 2016 levels in nearly all eight states holding primaries in early June. Iowa had the largest turnout for a June primary in the state’s history, and turnout was up 35 percent in Montana, 14 percent in New Mexico, and 12 percent in South Dakota compared with the 2016 primary. Turnout matters.

All of these primary winners must win tough races against opponents, but hope for change is looming on the horizon as voters defy attempts to suppress their votes and turn out in large numbers to elect representatives who understand their lives.

Photo by Susan Yin on Unsplash

1 thought on “Good News for Women in Publishing and Politics”