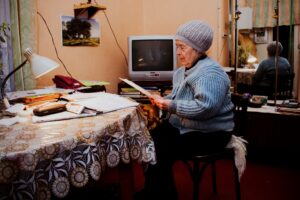 A new report from the Brookings Institution notes that the status of women in retirement has not gotten much attention. The authors of this report, Grace Enda and William G. Gale, point out that significant differences exist in economic status for women in retirement compared to the status of men. They identify a range of factors that contribute to this gender inequity, including that

In addition to the structural problems described in the Brookings report resulting in gaps in retirement wealth and higher levels of poverty for older women, we now have the Covid-19 pandemic exacerbating the situation. As Mark Miller, writing for the New York Times, notes, “One of the most important factors affecting your retirement security is how long you work.” But the pandemic is making it harder for people to work longer, especially older people:

In other words, the policy changes described above are more important going forward than they have ever been—especially for women. Let’s keep the pressure on our lawmakers to legislate these policy changes.

Photo by Mariia Chalaya on Unsplash