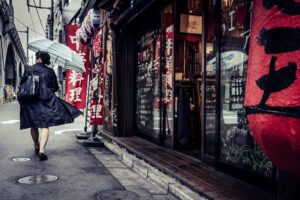 Several recent important moments in history for women in other countries stand out and seem important to highlight. Here are a few.

This headline in the New York Times caught my attention: “City of Paris Fined Nearly $110,000 for Appointing Too Many Women.” It seems that the first-ever woman mayor of Paris Anne Hidalgo was deemed to be too successful in correcting historic imbalances in gender representation in city government. Technically, the law under which she was fined says that no more than 60 percent of appointments in a given year can be given to one gender. Her appointments of women in 2018 exceeded that percentage, but women now hold 47 percent of senior leadership positions in city government overall. Women still make up only 37 percent of top civil service jobs in the country. After centuries of male-dominated leadership in France, this fine is absurd.

Amanda Taub, writing for the New York Times, reports that women have been at the heart of a large protest movement in Poland rebelling against a court decision to ban most abortions. The large protests produced a delay from the government of the implementation of the new ban, but it could still be implemented any time. Taub explains, “Women’s demands for reproductive freedom and their calls for greater equality threaten to upend a power structure” controlled by men since the fall of Communism.

In September 2020, Swiss voters approved a law mandating paid paternity leave, making it the last country in Western Europe to do so. Switzerland has been slow to recognize gender equity. Women did not gain the right to vote until 1971 and had to get permission from their husbands to work outside the home until 1988. The new law does not apply to adoptive or same-sex parents. More work needs to be done.

I have written in past articles about the frustrations of women in the Catholic church because of the lack of leadership roles for women. Elisabetta Povoledo, writing for the New York Times, reports that “Pope Francis has changed the laws of the Roman Catholic church to formally allow women to give readings from the Bible during Mass, act as altar servers and distribute communion, but they remain barred from becoming deacons or priests.” These new roles are not new for many women in the church, especially in developing countries. While this is considered a step forward by some for the pope to formalize these roles, the lack of access to the senior leader roles of deacon or priest remains disappointing to many.

Shinzo Abe resigned in September 2020 as prime minister of Japan after serving in office for eight years. One of his most consequential unfulfilled promises was his goal of promoting women in the workforce, specifically into management roles. At the end of his eight years, this promise remains unfulfilled. Motoko Rich and Hisako Ueno report that in 2020, women held less than 12 percent of corporate management jobs and represented less than 15 percent of lawmakers in Japan’s parliament. Until more women are in parliament, significant policy changes to make childcare more available and to support women’s careers will remain unlikely. Rich and Ueno cite Megumi Mikawa as saying, “The fundamental ideas of the country are controlled by men. That’s why we don’t have any policies to really cater to ordinary people.” Unfortunately, there is no indication that the patriarchal culture of Japan is going to change any time soon.

Stay tuned—hopefully more change is on the way.

Photo by Dovile Ramoskaite on Unsplash