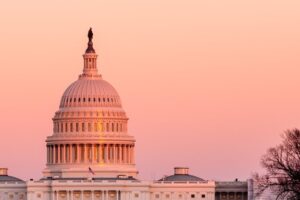 Let’s mark this moment. As of this writing, President Joe Biden has officially nominated the most diverse cabinet in US history. If members are confirmed, this will be the first-ever gender-balanced US cabinet with 50 percent of positions (eleven positions plus Vice President Kamala Harris) held by women. Of the eleven women nominated, seven of them are women of color—another long-overdue milestone. Several men nominated are also men of color, increasing the diversity of the whole cabinet. Here are the eleven women nominated to cabinet positions that require Senate confirmation, and some other notable nominations for women. Their level of competence to serve in these positions is exciting.

As reported in New York Magazine by Intelligencer staff, Janet Yellen will not only be the first woman to lead the Department of the Treasury but the “first person to have headed the Treasury, the central bank and the White House Council of Economic Advisers,” the three most powerful economic positions in the nation. In recent months, Yellen has expressed a willingness to use fiscal measures to stimulate economic recovery in a nation with a poverty rate above 11 percent. “This is not a good time to have fiscal policy switch from being accommodative to creating a drag,” Yellen said in October. “That’s what happened [last decade], and it retarded the recovery.”

Deb Haaland—Secretary of the Interior

Biden nominated New Mexico Representative Deb Haaland to be his pick for secretary of the interior, becoming the first Native American to lead the department that determines policy for federally owned natural resources, as well as tribal lands.

CNN reports that Gina Raimondo is the first woman governor of Rhode Island and has served in the role since her election in 2014. She has been praised for her leadership amid the coronavirus pandemic and for the remarkable economic turnaround she led in her state before the pandemic.

New York Magazine notes that Biden named Foreign Service veteran Linda Thomas-Greenfield to the UN ambassador position. He will reestablish the role in the cabinet after his isolationist predecessor demoted it.

Politico reported that Biden will name former Michigan Governor Jennifer Granholm as the leader of the expansive Department of Energy. Her experience in Lansing from 2003 to 2011 is an asset as Biden works to speed up the transition to electric cars, among other green energy priorities.

According to New York Magazine, Avril Haines served as the deputy director of the Central Intelligence Agency from 2013 to 2015. If confirmed, she will oversee the seventeen agencies that make up the nation’s intelligence community, becoming the first woman to fill the role.

Neera Tanden—Office of Management and Budget

As reported by the Wall Street Journal, Biden nominated Neera Tanden—the frequent Twitter user and president of the center-left think tank Center for American Progress—to be his OMB director.

CNBC announced that Biden nominated Katherine Tai to be the top US trade representative. Tai was a trade lawyer on China during the Obama administration. The US trade representative is responsible for developing and recommending United States trade policy to the president of the United States, conducting trade negotiations at bilateral and multilateral levels and coordinating trade policy within the government through the interagency Trade Policy Staff Committee and Trade Policy Review Group.

Representative Marcia Fudge of Ohio was selected to lead the Department of Housing and Urban Development. Politico notes that while Fudge lobbied to be the first Black woman nominated for the post of secretary of agriculture, she has a big role to fill at HUD since this department will play a key role in the incoming administration’s response to the COVID-19 pandemic, which has caused millions of people to fall behind on rent and mortgage payments.

Cecelia Rouse—Chair of the Council of Economic Advisors

Cecilia Rouse was a member of the Council of Economic Advisors during the Obama administration. She is an American economist and dean of the Princeton School of Public and International Affairs at Princeton University.

Other notable nominations of women to cabinet-level positions include Gina McCarthy as the White House climate czar, Jennifer Psaki as the White House press secretary, Susan Rice as the White House Domestic Policy Council director, Rochelle Walensky as the director of the CDC, and Rachel Levine as assistant secretary of health. Levine, if confirmed, will be the first-ever openly transgender woman to be confirmed by the Senate. Let’s give our support to these stunningly qualified women as they take on leadership of our troubled country.