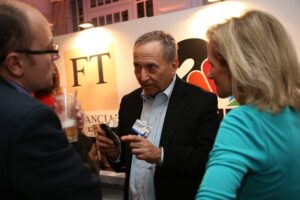 Ben Casselman of the New York Times writes that a body of evidence has been building for awhile that shows a deeply ingrained gender discrimination in the field of economics. Casselman notes that studies in recent years have shown that

In response to the findings from these earlier studies, Casselman reports that the American Economic Association commissioned a survey of more than nine thousand current and former members to ask about their experiences in the field. Their report, published in 2019, found that

A new study conducted by Dr. Alicia Sasser Modestino and Dr. Justin Wolfers, in a working paper soon to be published by the National Bureau of Economic Research, found that women received 12 percent more questions than men when presenting papers at economics conferences, and they were more likely to get questions that were patronizing or hostile. Modestino and Wolfers gathered this data by recruiting dozens of graduate students across the country to attend hundreds of economic presentations and record what happened. While research presentations at conferences are collegial and respectful affairs in other fields, Casselman notes that they resemble aggressive gladiatorial battles in the field of economics. This hostility is perhaps a key reason why Modestino and Wolfers found that “half of women are saying they don’t even want to present in a seminar.” In fact, another study found that women accounted for fewer than a quarter of the economics talks given in recent years, with racial minorities even more underrepresented.

As mentioned previously, the disrespect that women experience when giving presentations results in women wanting to avoid speaking. This dynamic, in combination with the fact that women are less likely to be invited to present their research in the first place, has long-term consequences for women’s careers in economics. Casselman points out that economists need to disseminate their research at conferences to build their reputations and get feedback on their work. The field of economics has a lot of work to do if the talents of women and racial minorities are to be heard and valued. The culture of conferences could become less hostile and aggressive, and the biases in hiring, promotion, and publication need to be identified and weeded out. A lot of valuable ideas and talent are being lost.