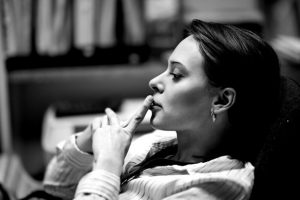 In 1991, after law professor Anita Hill described the lewd behavior of her boss, Clarence Thomas, during his hearing in Congress to become a Supreme Court Justice, the term sexual harassment was born. Thanks to Hill, we now had a phrase to describe the ancient practice used by powerful people (usually men) over less powerful people (usually women) in the workplace. For much of the 1990s, lawsuits paying huge settlements to victims were regularly announced, and workshops on stopping sexual harassment along with new policies and procedures designed to protect workers were prevalent. I was one of those trainers and coaches hired to help organizations stop sexual harassment. Then, suddenly, the workshops stopped, the lawsuits became scarce, and lawyers took over the development of sexual harassment policies and procedures. The sexual harassment behavior never ended, but no one was talking about it anymore. Years later I learned why. Employers, with the help of their lawyers, had begun to quietly embed forced arbitration clauses into all employment contracts and to require nondisclosure agreements when sexual harassment complaints were filed. These practices took away the voices of the victims and protected the harassers for public accountability.

Amanda Becker, writing for the 19th, explains, “The Federal Arbitration Act is a 100-year-old law that was initially designed” for another purpose. During the 1990s, the Supreme Court expanded its scope. “In 1992, just 2 percent of U.S. workers were subject to mandatory arbitration clauses,” explains Becker. “By 2018, more than 56 percent were, or roughly 60 million workers.” Most workers don’t realize they have signed an arbitration clause. New employees are sent to human resources to sign a lot of papers, and buried in fine print are “bits of legalese,” according to Becker, that employees are unaware of but that take away their right to sue over sexual assault and harassment. I have written about the damage these clauses cause in a previous post. Becker notes that the New York City Commission on Human Rights called forced arbitration “the most significant barrier to determining whether a workplace has a pervasive culture of sexual harassment” because, along with nondisclosure agreements that victims must sign when receiving a settlement, patterns of wrongdoing are hidden from public scrutiny and accountability.

Gretchen Carlson found herself in this exact situation in 2016 when she discovered that she could not sue Roger Ailes of Fox News for sexual harassment because, unbeknownst to her, she had signed an employment contract that contained a forced-arbitration clause. When her lawyers told her that she had no case because of this clause, she was shocked. She ended up suing Ailes personally as a civil rights case. In 2017 she began working with a bipartisan group of legislators in Congress to end the practice of forced arbitration. These legislators had been trying to pass the Ending Forced Arbitration of Sexual Assault and Sexual Harassment Act since 2017, when the Me Too movement brought to light the widespread use of mandatory arbitration clauses. They have now brought a revamped version of the bill back and are trying to pass it again.

Becker explains that forced arbitration and nondisclosure processes cause harm in a variety of ways:

Thanks to the Me Too movement, many (but not all) organizations have stopped using forced arbitration agreements.

The voluntary changes made by the companies above are all well and good, but they are a small portion, and we still need federal legislation to end this practice once and for all. Urge your legislators to support the passage of this new law when it comes up for a vote in Congress.