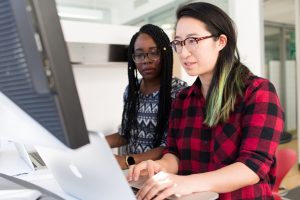 Each year, McKinsey, in partnership with LeanIn.Org, conducts the largest study of women in corporate America. This is the seventh year of this research, which involved 423 participating organizations employing twelve million people. Sixty-five thousand people participated in this year’s survey on their workplace experiences, and in-depth interviews were also conducted with women of diversew identities. The study covers a broad range of topics including the intersectional experiences of different groups relating to representation, promotions, COVID-19 burnout and stress, leadership recognition, microaggressions, the allyship gap, and “only” dynamics. The report also offers recommendations to organizations for change.

The top finding from this year’s research is that burnout is higher for women. The authors report that women in corporate America in 2021 are even more burned out than they were last year “after a year and a half into the COVID-19 pandemic—and increasingly more so than men.” One in three women report they have considered downshifting their career or leaving the workforce this year compared to one in four last year, a few months into the pandemic.

Other findings from this year’s research include the following:

The study also offers some of the following recommendations for change that companies, managers, and employees can make:

With these steps, we can make the workplace a better place for everyone.