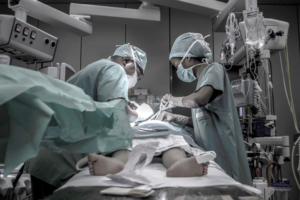 Becoming a medical doctor takes years of training, including grueling hours of clinical practice. It would seem that graduating from medical school and completing all the required internships and residencies would entitle the graduate to the respect of peers and clients—but not if you are a Black woman. It’s not that Black male doctors don’t experience disrespect because of race, but the intersection of race and gender means Black female physicians experience a double dose of it.

A useful term for describing a lot of the disrespect that Black female physicians experience, and the ensuing impact, is microaggressions. Emma Goldberg of the New York Times explains that microaggression is a term coined in the 1970s by Dr. Chester Pierce, a psychiatrist, that refers to “subtle, stunning, often automatic, and nonverbal exchanges which are ‘put downs’” of Black people and members of other minority groups. She notes that “micro” refers to the routine nature of these exchanges, not the scale of their impact. In fact, the impact can be quite damaging because the injuries to self-esteem and confidence are often cumulative for individuals. Goldberg cites Dr. Kimberly Manning, an internal medicine doctor at Grady Memorial Hospital in Atlanta, as explaining, “It’s like death by a thousand paper cuts” and “It can cause you to shrink.” Dr. Sheryl Heron, a Black professor of emergency medicine at Emory University, explains that “after the twelve-thousandth time, it starts to impede your ability to be successful. You start to go into scenarios [in your head] about your self-worth.”

What do microaggressions look like for Black female physicians? Here are some examples:

It does not help, of course, that there are very few Black female physicians. Goldberg notes that

The recent revelations from the Covid-19 pandemic about the dramatic health disparities between white people and African Americans highlight one reason why it is so important for there to be more Black physicians. Goldberg notes that “a 2018 study showed that Black patients had improved outcomes when seen by Black doctors, and were more likely to agree to preventive care measures like diabetes screenings and cholesterol tests.” Black patients have a good reason to distrust the medical establishment. Tweedy notes that as recently as the 1970s, “Black people were experimented upon under the guise of scientific study and sterilized without their consent.” Black female doctors are aware of the importance of their presence to reassure Black patients that they can trust preventive care measures. Black physicians are also attuned to discriminatory practices that create hardship for their patients. For example, Black patients are prescribed less pain medication for injuries comparable with those of their non-Black counterparts and are often left to suffer needlessly without the advocacy of a Black physician.

We need to address health disparities in our country, and we cannot make progress until the medical establishment changes.

Photo by Piron Guillaume on Unsplash