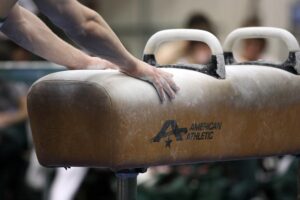 I have always been outraged by stories of sexual and emotional abuse of young women athletes. I remember how vulnerable I was as an adolescent to the power of authority figures such as teachers, bosses, and landlords. The stories of the more than five hundred victims of sexual abuse by the team doctor of the USA Gymnastics organization, Lawrence G. Nassar, revealed in 2017 when eighteen of his victims filed a federal lawsuit raise huge questions about how Nassar was able to continue this abuse for decades without consequences. The answer seems to lie in the culture of Olympic sports that protects abusers of young athletes and encourages a toxic culture of abuse.

Since Nassar’s conviction for sex crimes, other instances of abuse of young Olympic athletes have come to light against coaches who are mentally, physically, and verbally abusive to young female athletes. In a recent article by Juliet Macur in the New York Times, several gymnasts have filed complaints against Mary Wright, a coach who, much to the distress of her victims, was recently named to the USA Gymnastics Hall of Fame. One complainant against Wright, Hailee Hoffman, explains that as a former Stanford gymnast she was subject to years of emotional, physical, and verbal abuse by Wright. Four other gymnasts have since come forward with complaints against Wright that include

Other coaches have also recently been exposed as abusive, such as Maggie Haney, Sabrina Picou, and Qi Han, all elite coaches of Olympic gymnasts. The philosophy of coaching reflected in these stories of abuse is grounded in the belief that coaches must have absolute power over their athletes and they must scare their young athletes into obedience. Macur cites Morinari Watanabe, the president of the International Gymnastics Federation, as saying this mentality of coaching is “an antiquated and dangerous way of coaching.” In fact, Macur notes that “some mental health experts say the recurring verbal abuse, including berating, ridiculing, threatening, demeaning and insulting, can be as harmful to young people as physical abuse or sexual abuse. It has also been linked to depression.”

Nonetheless, the USA Gymnastics organization and the International Gymnastics Federation continue to be very slow in following up on complaints, taking complaints of abuse seriously, and in changing the culture of coaching. It is unconscionable that young athletes continue to be subjected to this type of treatment. Let us keep our eyes open and support change in the culture of gymnastic sports.