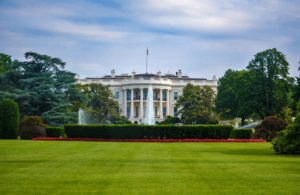 Many of my female coaching clients are told in their performance feedback that they need to be “less emotional” and to “smile more.” This feedback occurs so often that my colleagues and I joke about it when we talk about the unfair feedback that our female clients receive. We often reflect together on the ways that men can express anger in the workplace, but women cannot. Men can bang their fists on the table or yell and they are seen by many as strong and passionate. By contrast, men expect women to be nice and subdued. This is even more of a problem for black women and men who are seen as militant, dangerous, or threatening when they express anger. White women are not seen as threatening or dangerous, but they do make many men uncomfortable when they get angry because they are not conforming to stereotypes of femininity. Unfortunately, these uncomfortable men are sometimes the bosses who give women lower performance ratings and tell them to smile more. Roxane Gay of the New York Times points out how these double standards in expressing anger played out in our last presidential campaign. Bernie Sanders reveled in his anger, “often wagging his finger and raising his voice.” He was seen as passionate and engaged. Donald Trump emerged as the angriest candidate from a large group of angry Republican contenders in the primary. Hillary Clinton, on the other hand, had to play by different rules. She could not raise her voice and was attacked as a “nasty woman” by Trump when she asserted strong positions. During her years in public life, she learned to smile a lot while demurely expressing strong opinions—because she had to. More recently, Senate Majority Leader Mitch McConnell demanded that Senator Elizabeth Warren sit down and stop talking in the Senate when she tried to read a letter expressing strong objections to the confirmation of Jeff Sessions to be attorney general. The next day, four men took turns reading the same angry letter without being told to stop talking. Anger is a natural human emotion. Not only is it healthy to express anger, it can also be useful. There are, of course, damaging, violent, and unproductive ways to express anger. I am not advocating for any of those modes of expression, such as destroying property, causing injury to self or others, or name calling that shuts down opportunities for dialogue. Anger can be functional and constructive. Anger is functional when it gives us the energy we need to take an action to right a wrong done to another, to have a difficult conversation, or to stand up for ourselves. Anger can give us the energy to join with others to insist on changes in our organization or community. Anger is fueling a lot of rallies and political action in our country these days. Leaders need to listen when people are angry. Angry people are trying to express strong feelings that deserve to be heard about issues that they care deeply about. In my social justice workshops, I encourage people to tune in to the world around them and find their sense of outrage, or anger, about injustices in society. It is easy to become numb to the things going on around us, to tune them out and sit on the sidelines. We are all busy. Outrage gives us energy to take action. Where is your outrage? What helps you mobilize yourself to be part of the solution instead of part of the problem?   Photo courtesy of Molly Adams. CC by 2.0  ]]>

The spectacle of Senator Elizabeth Warren being silenced by a man in a male-dominated organization—in this case on the floor of the US Senate—was very familiar to many women. And then, as is typical, four men stood up and read aloud the same letter she had been reading—they were not silenced. Susan Chiara of the New York Times notes that “being interrupted or ignored, and being one of the few women in the room, can be both inhibiting and enraging.” Gail Collins of the New York Times quotes Senator Kirsten Killebrand, who believes that, while Senator Mitch McConnell says he silenced Warren because “she persisted,” he targeted Warren because she has been effective, and Republicans feel threatened by her. Their attempt to silence her has backfired, and both her credibility and the outrage women feel about her treatment have skyrocketed. We can now see, perhaps more clearly than ever, that we must persist to get our voices heard. Chiara notes that talking over women and shutting them down happens in most professions and “is a bi-partisan exercise.” She explains that women in the Obama White House “banded together to work on ‘amplification,’ taking care in meetings to repeat other women’s points and give women credit for ideas they had first raised.” I have written in previous articles about the price women pay when they do persist and are seen as too aggressive. I have also written about why women’s voices are needed and what leaders can do to help women get their voices heard. It’s not easy to persist, but we must in order to be heard. Let’s persist and support each other in the process in the way the women in Obama’s White House were able to do. Our contributions are important. What has worked for you?   Photo courtesy of Edward Kimmel. CC by-sa 2.0]]>