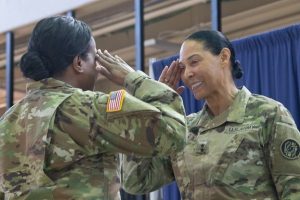 At long last, some change is coming in the way sexual assaults are handled in the military. Jennifer Steinhauer writes that a landmark agreement has been reached to “strip military commanders of most of their authority to prosecute sexual assaults and myriad other criminal cases.” Under the current law, commanders can protect their subordinates accused of sexual harassment or assault by declining to refer their cases to courts-martial and by selecting the pool of eligible jurors. They also notoriously look the other way when those who file complaints face retaliation, which can damage the victims’ careers. Even General Mark A. Milley, chairman of the Joint Chiefs of Staff, despite having long opposed these changes, had to acknowledge that “junior enlisted troops had largely lost faith that sexual assault cases would be handled fairly,” according to Steinhauer.

While Milley now supports the change, Pentagon leaders, lawmakers, and American presidents have resisted this change for a generation, reports Steinhauer. The new legislation is the result of nearly two decades of efforts by female lawmakers and survivor groups, led by Senator Kirsten Gillibrand, democrat of New York, and Representative Jackie Speier, democrat of California. They have met resistance at every turn, and even the new legislation does not go as far as is needed. Under the new law,

Gillibrand feels this last item undermines the change that is needed. She notes, “Removing that authority from commanders is critical,” and it represents a setback as a legislative compromise. She and Speier vow to keep fighting for true military justice reforms.

The new law will take two years to implement. In 2019 alone, Steinhauer writes, 7,825 incidences of sexual assault involving service members as victims were reported. Only 7 percent resulted in convictions. This new legislation is a step forward, but more steps are necessary before confidence in military justice for service members filing assault claims can be established.