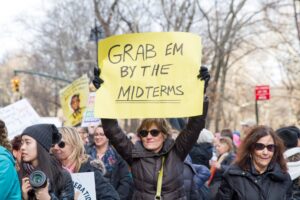 When I hear the term gender gap, I tend to think of the gender wage gap or the gender voting gap, both of which have been regularly discussed in the public domain in recent years. A summary of new research by Thomas B. Edsall, writing for the New York Times, reveals multiple dimensions of the gender gap that have implications for differences not only in voting patterns but also in government policy priorities and organizational leadership and cultures. These differences make the case for balanced representation.

Edsall reports on the following statistics:

In conclusion, the gender gaps described above have a lot of potential implications for government, organizations, and society. Certainly not all women or men are the same, but the trends in dimensions of gender differences described by Edsall suggest, in general terms, that women and men bring important contrasts to the table. Women still do not have equal representation in government or organizational leadership roles, both of which shape policy and culture. More representation and voice in these positions of influence could result in less war and more equitable organizations and society.

Photo by Mirah Curzer on Unsplash