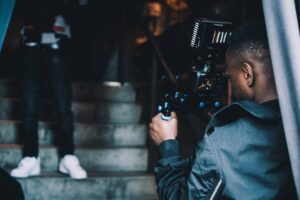 In February 2021, Jane Fraser will become the first woman chief executive officer of a major financial institution in the United States, according to reporting by Emily Flitter and Anupreeta Das. Wall Street has stubbornly remained a bastion of white men despite repeated talk of recruiting and promoting more women for decades. The authors note that “not only will Ms. Fraser, 53, not have any female counterparts among the 10 largest U.S. banks when she becomes Citi’s chief, she will also join a small group of female leaders at major American corporations.” The numbers are bleak:

The film industry has also taken a significant step to break through a barrier at MGM. A recent study, reported by Brooks Barnes of the New York Times, found that senior management teams at Hollywood studios are 93 percent white and 80 percent male, unchanged in the past five years. These senior management teams decide what movies will and will not get made and what their budgets will be. For this reason, the recent step by MGM to give a young producer, Alana Mayo, exclusive control over what films its Orion Pictures division will make is significant. Mayo will lead a greenlight committee made entirely of women, who will decide what movies Orion will make. Her boss, Michael De Luca, chairman of MGM’s film group, will not have a vote in selecting films. Mayo, who describes herself as a woman, Black, and queer, plans to focus Orion on making films that focus on people of color, women, the LGBTQ community, and people with disabilities—groups that have been underrepresented in major studio films.

Mayo states, “I want to create something that will hopefully make people like me feel like they are finally a part of the Hollywood system.” It is well known that how people are portrayed on television and in film influences the attitudes of the general population and can create support and inclusion for underrepresented groups. Think about how quickly acceptance of the idea of marriage equality grew once LGBTQ people began appearing in television shows as parents, spouses, friends, and family members. Let’s hope that the promotion of Mayo is a first step to increasingly diverse leadership in the film industry.

Photo by Steven Van on Unsplash